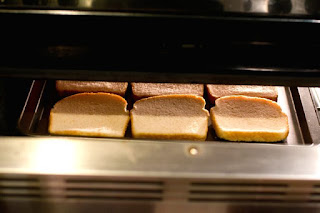 Ecosophia  -- Towards a More Ecological Spirituality (John Michael Greer) This man has shaped my adult mind more than anyone not my wife. He is the former Grand Archdruid of the Ancient Order of Archdruids in America, but don't let that throw you. His wisdom is both broad and deep, and while he does discuss occult topics on occasion, even those might best be approached with an open mind.

Brtthome's Blog (Tom Semadeni) A friend of my dad's, Tom is a polymath who knows quite a lot about quite a lot of things. He's also a crackerjack photographer, and his posts are always worth the views.

Poly.Land -- The web's most comprehensive and frequently updated blog on polyamory in all its facets. Wonderful resource.

Another Possibility (Rev. Gretchen Haley)  A Unitarian Universalist minister who infrequently posts meaty, thought-provoking sermons. For those who don't know what UU is, don't panic: it's probably best described as "all/none of the above".

Fugue For Thought -- If you are at all interested in classical music, this is a go-to resource. Listening guides, astute analysis, and an eclectic taste that leans towards lesser-known but still stellar compositions.

This Crowded Skin (Karen)  -- an e-friend of mine who is too busy living an interesting life to blog often, but whose entries and comments on mine are always well-crafted and full of wisdom and compassion.
Orcinus is an erudite political blog, starkly leftist (I am, myself). Worth a read even if you disagree.
YOUTUBE CHANNELS
Music:
Dicon Dissectional Reactions - Daniel, aka 'Dethstroke 9', gives me hope for the world. He reacts not just to music, but to lyrics, and the insights that spill out of this young man are hard to believe, sometimes. Besides prog metal, he's partial to the singer-songwriters of old, the ones that told the stories. How I miss them.
Jayvee TV - Jovaughn is the only person I am currently supporting on Patreon. He was the first reactor I ever listened to, and to this day he's one of the best. His cheer is infectious.
Jamel aka Jamal is another young Black man "keeping great music alive". It's hard to find an artist he's not extremely enthusiastic about, and we share some favourites, most notably Joni Mitchell.
Rick Beato: The last name has three syllables: Bee-At-Oh. He's got 2.26 million subscribers as I write this, a substantial fraction of whom pay him to follow him. And if I had a little more money, I'd be in that latter group. He's forgotten more about music than I will ever learn. In just one of his many series of videos, "what makes this song great?", he goes into his studio and breaks down classic rock (and pop, and jazz, and metal, and...) tracks, explaining what went into their production. He produced himself for metal bands for decades, and was also a music professor, and I want to be in his classes. All of them.