I Am Not A Caterpillar

Eva is doing remarkably well in the wake of her surgery nearly three months ago.

Nothing good my wife accomplishes surprises me anymore, but this has come close. We were told, well before the surgery, that pretty much every patient will experience gastric dumping syndrome--acute nausea, extreme cramping, explosive vomiting, and diarrhea--at least once. This hasn't happened.

Oh, to be sure, it's been touch and go. She *has* puked once, and she is made to understand within two bites if the food she's chosen is acceptable. And for  a while there it was flatly ridiculous what was and what wasn't acceptable. Cold water bad, lukewarm water good. Grape Kool-Aid (sweetened with Splenda) good, grape juice emphatically bad. And so on.

We did have a setback: a bleeding ulcer. Seven percent of gastric bypass patients will get one: Eva's number came up. Left untreated for too long, a bleeding ulcer can be fatal; depending on where it is, more surgery may be required to fix it. This one, apparently, was caught early enough to be treated with medication alone, and she seems to have recovered. A big thanks to the bariatric clinic, which saw her promptly and attended to business.

Her food choices are still quite limited, but she's been given the all-clear to experiment. Red meat is still off the table, as are most sweets and of course alcohol, caffeine and carbonated beverages. But most of that isn't exactly healthy anyway, and Eva had weaned herself off both pop and coffee long before the surgery.

Her weight loss has hit a plateau right now but she continues to lose inches. Her clothing sizes have numbers now instead of Xs and she can buy those clothes just about anywhere. Though we're sticking to the cheap places because she'll have to replace her wardrobe at least once, probably twice. It's nice to have cheap places to get clothes, and lots of them. Her clothes shopping for the past quarter century has been restricted almost entirely to Penningtons, (There are other plus-sized stores in this country, but they're even more expensive.) At least half of Pennington's stock consists of ugly-grandma flowery prints that Don Cherry wouldn't be caught dead in; a further quarter is itchy, scratchy, or would cause my wife to spontaneously combust. (Fashion designers have clearly forgotten that fat is an insulator...)

I'll be posting before and after pics a ways down the road, once Eva's a comparative wisp. For now it suffices to say she is noticeably not the woman you see pictured at the top of this blog.

She got a tattoo to commemorate this occasion. As always, she asked me what I thought she should get, and I suggested either a butterfly emerging from a chrysalis, or a phoenix feather aflame. She went with the latter, only because the size made a chrysalis difficult to depict. But the butterfly image is apt, too. 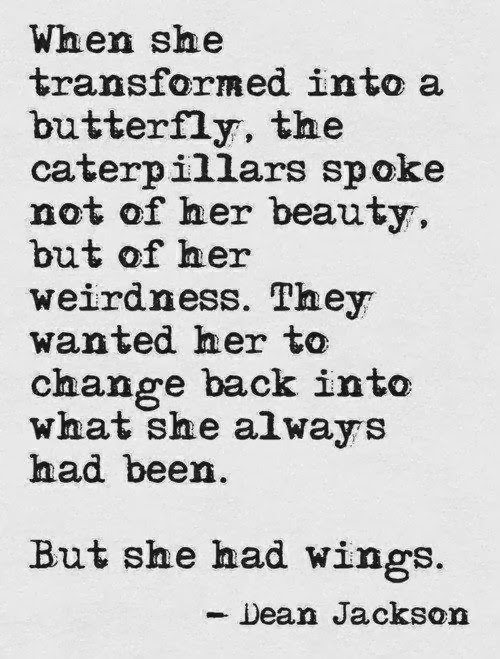 It's her mental state that impresses me most, I think. She's had some down days--who wouldn't, really?-- and some days when she kinda sorta regretted the whole thing. But by and large she's adapted remarkably well to the restrictions. Her diabetes is gone. She has lots more energy than she used to. And most of the time, she's quite happy.

Eva was told, as part of the counselling that presages the surgery, that one in five marriages dissolve in the wake of a gastric bypass. I was incredulous to hear this...I still am. Stereotypically, we're always hearing men bitching about their wives gaining weight...you'd think a dramatic weight loss would go over well with these shallow pricks. I'm still at a loss to explain this phenomenon. Is it that (gasp!) other men might suddenly find her attractive?

So what if they do? I mean, she is. Who am I to get pissed off at other people seeing in her what I've seen in her all along? (I've told her, though I certainly didn't need to, that any guy she knew in her Eva2 days that suddenly treats her much better is not even worthy of her contempt...) Anyone she meets from her on out, though, probably will find her attractive, and again, so what?

Maybe it's that people who have lost half their body mass develop new interests and leave their partners in the dust. Except Eva develops a new interest, on average, about once every sixteen minutes and she's been like that far longer than I've known her. Even if this wasn't true, odds are fair to middling that any new interest she develops is apt to be a healthy one. One that I should maybe develop too. I could stand to lose a bit of weight myself. And if I try rock-climbing or paragliding or whatever it is she gets into and I hate it (let's be honest, that's pretty likely, I'm what you'd call an indoor guy)...once again, so what?

to be the husband of your days
the companion of your journey
the friend to your life
and the father to our children
to live with you in joy
and to grow with you in love
with these words
and all the words of my heart
I marry you and I bind my life to yours.

Nowhere in there does it say I must share her every interest or be with her every waking moment. I can't think of anything more stifling to a relationship than that, actually.

She's just getting back from a weekend business trip this morning. I haven't seen her since Friday morning and truth be told, I haven't really seen much of her this year...her work has been taking up a great deal of her time. For the first time in a long time, though, she's loving what she's doing, and that makes all the difference.

Eva should know by now that I'm not going anywhere, that I'm hers as long as she'll have me. Bariatric surgery doesn't change that. Eva may end up at half her previous weight...that doesn't mean my love for her will be cut in half, or at all.