For Craig: The Decline of The Arts in Education

"Music is a moral law. It gives soul to the universe, wings to the mind, flight to the imagination, and charm and gaiety to life and to everything. --Plato
"Earth without art is just...eh" -anonymous

I've been writing about myself for far too long. I've bored the snot out of myself, and if that's the case, I shudder to think what I've done to you, dear reader.
Time for a break and a weightier topic.

My call for blog topics on Facebook produced an outpouring of good ideas. Some of them I'm not qualified to tackle, others (like my niece) I simply need to research more (Ally: soon, hopefully, okay?)

My friend Craig wanted to hear some things on the decline of the arts in schools. I suspect he was thinking primarily of music, and if so I wouldn't blame him: he is one of comparatively few in the world talented enough to be making a living off that art. As it so happens, music is something I cherish myself: I possess a small musical talent and it means a lot to me. That said, while this entry will  focus on music, much of what I'm going to say applies to other arts as well, be they theatrical or of the cut-and-paste variety. And while I'm not the one to write a paean to sport and physical activity in education, I'm quite sure many of my readers could, and should.

In fact, I firmly believe that the 3 R's we hear so much about--only one of which actually starts with R-- really aren't the end-all and be-all of an education. Or at least they shouldn't be. They're trivial, really...doubtless they're important life skills, but they should be taught in the service of everything else.
Current thinking is that there are seven intelligences, not one. They include:

Education is routinely being repurposed, refocused, and stripped of everything that isn't reading, writing and 'rithmetic...which might produce linguistic and mathematical geniuses, but last I looked that's two forms of intelligence out of seven. Stupid people, in other words.

Let's pretend first of all that there is no intrinsic benefit to music (or art) class, that "all" these classes are is a break from math and reading. Of course this is patently false, but let's pretend anyway, because many parents seem to believe it's true.
Ever seen a real tear-jerker of a movie...or at least a very serious drama, or even a horror movie? All three are likely to have moments of comedy in them. Maybe not many, but they're usually there. Why? To lighten the mood, sure...but also to keep viewers interested, Few people can stand a steady diet of nothing but seriousness.
The same holds true in school. Especially if academics isn't your strong suit, you need opportunities to express yourself in other ways, be they arts or sports....else you're likely to drop out.
And let's face it. Even people who are academic whizzes are probably more likely to remember their extracurricular activities more fondly than their lessons. I know I do.

But music is so much more than a break from the drudgery of multiplication tables (wait a minute, they don't have those anymore, either) and writing exercises. From the standpoint of those multiple intelligences, music fosters (of course) a musical intelligence, but also an interpersonal intelligence. This for a couple of reasons: one, performance in a band or choir, for instance, fosters a sense of teamwork and camaraderie; two, it is not only possible, but inevitable, to learn deeply of a culture or an individual from exposure to that culture or individual's music. This means empathy, which is to my mind the most important skill any student can hope to gain from an education. It also means historical knowledge. For instance, an ardent lover of music can write you a decent paper comparing and contrasting European culture ca. 1722 with that ca. 1872...without having been exposed to anything other than the music of both time periods. Don't believe me? Listen to this, from 1722...and then this, also written for keyboard, from 1872, and draw your own conclusions.

Music does things that other subjects can't do, or can do but poorly. Consider falling in love. Chances are very good that there's a song or songs you hear that bring your beloved to mind instantly. Can't resist the personal here: Eva's got at least ten, and if you consider me a close friend, I guarantee you have at least one.) Can math do that? 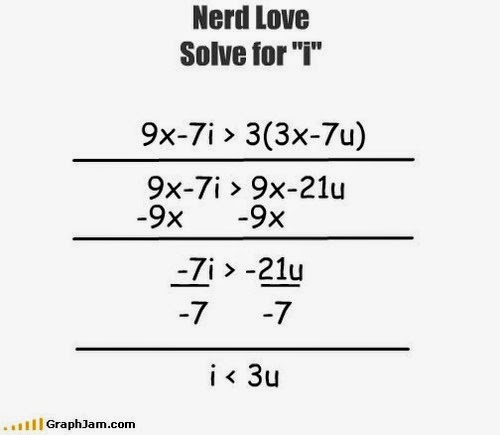 ...not really.Can words do it? I can spend a lifetime saying loving words to Eva and only get the ones on top...and I've said recently to a dear friend that there really aren't words to describe our friendship..."Friendship" itself is just pitifully inadequate, but the only step up from there is "lover", and that's not right, either.  But I can say in music what words and equations can't.

And if that isn't enough, instruction in music has been shown to increase abstract and spatial-temporal reasoning; enhance aural, visual, memory and language skills; and develop quick and decisive thinking (Johnson, 2004*)

Consider, too, how much discipline it takes to learn an instrument. Ask my friend Craig: it's considerably more demanding than the toughest quadratic equation or spelling test. That kind of self-discipline will serve a music student well in all areas of her life.

Before I go any further, I should mention that we're living through a kind of existential crisis right now. You don't have to go far to find someone bemoaning the rise in stupidity, and even of stupidity-as-virtue, in the world today... Idiocracy as straight documentary. Our politics have devolved into people calling each other stupid. Jackass is a thing. Kids seem incapable of putting together, much less writing, a coherent sentence; Facebook--a public forum all but unimaginable as little as twenty years ago--is riddled with grammar errors I was taught not to make ins second grade, and it seems like they go unnoticed most of the time. In short, the world is moronic and getting more so.

Or is it? The same TV set that brings you such fare as Big Brother's 16th season (Lord have mercy) also brings you Game of Thrones, Veep, Breaking Bad, Mad Men and a slew of other engaging, highly intelligent and complicated serial dramas; the re-emergence of Cosmos (on Fox, of all places!) to say nothing of the biting satire that skewers the nightly network news. The same kids who can't seem to type a coherent sentence spend more time reading than at any time in history, and have developed skills their parents would envy if they could recognize them as skills. (YOU try holding four text conversations simultaneously while watching TV.)
Indeed, kids today seem worlds more intelligent than I was at their age. Not just one kid (though that  niece of mine is pretty damn smart)...every child I'm acquainted with from the age of two on up is smarter and more engaged with the world than I was (and I was by no means an idiot).  Is it just that I have a bunch of smart friends who are great parents? That's undoubtedly part of it, but probably not all of it. The educational system isn't where it needs to be, but it's better than it was. Bullying, by all reports, is down significantly. Students are being groomed to care for the world in a way that my generation simply wasn't.  It's not all bad. It might not even be mostly bad.

To be sure, schooling has come a long way. But there's still so much to do, and many concerns. One of which is that arts funding and participation is declining.

This document (pdf) shows what you would expect: that students in Toronto stand a much higher chance of having a specialized music teacher than schools in Northern Ontario. It also shows that the number of music teachers is dropping, province-wide. Schools are increasingly losing their band and choir programs, especially at the elementary level.

Given everything I've argued above, I'd suggest that needs to change. We owe our children a well-rounded education that concentrates not just on their minds, but also on their bodies...and their spirits.