The Downsides of Polyamory

I guess I'd better say right off that I have no particular reason to write this blog today.

In my coming-out blog, I said -- and meant -- that I would respect everyone's privacy, and would not write anything without the express written consent of all involved. I also said, in one blog or another, that you wouldn't be able to tell from any given passage what is or what isn't going on in my own life. That remains true nearly a year later.

I have written a number of posts about polyamory, dispelling (I hope) the many misconceptions I have run across on and off line.  I've made a point of putting myself out there in various online forums as someone who lives in a polyamorous world, because many people are unaware, even now, that such a world exists. And despite efforts to maintain some kind of objectivity, and continually insisting that I don't expect anyone to "try poly",  I have probably painted an overly rosy picture of polyamory.

There are downsides. Quite a few of them. Sometimes some of them can be enough to make you wish you weren't poly.

I said almost totally restricted. I have a couple of monogamous friends who are nevertheless able to "think poly"--a rare skill, in my experience at least. Their support has been invaluable. Not everyone is as lucky as I am.

But consider, for instance, breaking up with one of your partners. Monogamous people -- most of them -- will say two things upon finding out that you've had a break-up. One is that this is proof polyamory doesn't work.  The other is what the hell's your problem? You still have another partner.

Both assertions are incorrect. The reason relationships end is the same whether they are open or closed: because of flaws in the relationship. We don't look at 'traditional' divorces, whether Hollywood or otherwise, and say 'Monogamy is to blame!"
The second assertion is equally specious. If you lose a friend, you grieve. Why? You've got other friends, right? They'll pick up the slack. Grow up, already. Hey, the problem is you have too many friends. Most people only have one, you know.

Now consider this person is -- was -- more than a friend, by the definition of "friend" most of us use. Yes, we may have other partners, but again, each relationship is its own thing. Even if you're a poly triad or quad living together, each relationship maintains a degree of independence from all others. No, breakups SUCK, no matter what.

I won't say they're worse. They're different. In mono-world, if you break up, you find out right quick who your friends are and who your ex's friends are. Were.  That's its own hell. When you're poly, most of your mono friends will mouth empty platitudes you can tell they don't really mean. Some of them might even take a step back upon hearing the news, because they're afraid you might decide they're next in the endless line of partners you're accumulating. (?!) So many things are wrong with that assumption that it would take a whole blog to dispel them. To address just one, speaking for myself at least, I'm not interested in even trying to break up somebody's monogamous relationship under any circumstances. As I think I have said before, what kind of an expression of love is it to hurt the life partner of someone you love?

You hear in poly circles that "there is no right or wrong way" to be poly. There are two reasons people say this. One is that there are a myriad of different poly arrangements, almost as many as there are human hearts, and what works for one group of people won't for another but is no less "right" because of it. The other is an "us-against-the-world" mentality we will eventually drop as acceptance grows. (Acceptance has gone from seven to sixteen percent in the U.S. over the past ten years; the younger generation is, as always, more accepting).

There are LOTS of wrong ways to do poly, and chances are damned good every single polyamorist is going to fall afoul of several of them over her lifetime. Adding people to positions of intimacy of one kind of another in your life is complicated. One of the common questions from people interested in poly is "how does this work"? And there are so many answers that there is no answer. What works is what works for all people concerned....and that's highly variable just just between relationships but within them: people change. It's common to forget that even among highly experienced poly people. Yes. each relationship is independent...and each relationship has its own requirements and deserves its own space. Chances are excellent that at some point somebody's going to want more of your partner than you're willing to give. Or more of you than your partner is. YOU HAVE TO KNOW THIS, GOING IN. You have to be ready for it, for at least ready to talk about it...just like you have to be ready to talk about half a hundred other things that don't come up at all in your standard monogamous relationship.

There's also getting "vetoed". That's a uniquely poly slice of hell. The closest equivalent is your girlfriend's parents putting you off limits...except that happens in high school and it often drives your beloved right into your arms. A veto is your beloved's other partner feeling so threatened by your existence that she  says you can't be seen or spoken to again...and that almost always sticks. What hurts most about that is that in essence it's two people rejecting you: one who may or may not know you at all, and one who knows you very well indeed.

Metamour conflict is another issue that just doesn't happen in monogamy. Your partner's other partner is your metamour, and there's nothing written anywhere that says he or she has to like you at all. You'd kind of hope that your partner is discerning enough not to fall for a total bitch or bastard...but just because you intensely dislike somebody doesn't make them a bitch or a bastard. (That's a lesson in and of itself.)  Also, that person can't be all bad if he or she loves your partner and your partner loves him or her. So: how do you deal? You'd hope you can all be at least civil. Sadly, that's not always possible, especially when insecurities arise, as they inevitably do, on three (or more) sides.

By far the most common reaction I got when I came out was "I could never do that". It even came from some people I suspected could do it, if they wanted to try...not than any of them ever heard that thought from me. But I can richly understand why people would feel that way. It's not an easy road, and I think some people who knew me well probably wondered why this man, who has openly craved stability his entire life, would willingly introduce the chaos inherent in multiple loves. In my defence, I have actually always been this way...a very loving person who is  utterly unable and unwilling to deny love. Or turn it off. Everybody I ever loved, I still love. It became necessary in the interests of love to let them walk their own path away from me, but any one of my exes could call me up tomorrow and I'd do whatever I could, subject to the agreements already in place in my life.

Love is chaotic, yes. The potential of heartbreak is always there. 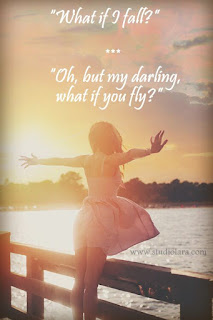 The polyamory stuff you post is interesting. The only experience I had of such a thing before I started reading your blog was a young couple I met in our local environmental/political activist community. She was married, he was not but they were together everywhere just as her husband fell quite ill. Fairly soon they were handing out poly information at every kind of rally and meeting. Before the husband recovered she left him to do a solo pilgrimage of sorts and now the woman and the husband are divorced and she and her poly guy are in a monogamous relationship. I wasn't particularly close to either of them, but something felt *off* about it. It was clear there was passion between them, but I had a very strong feeling that the polyamory was a kind of rationalization rather than something they understood and lived. I found it off-putting.

I like the case you make for a kind of web of support - multiple connections for giving and receiving love and nurture, but I don't know if I actually know anyone who could manage it without jealousy.

karen: congratulations. Your comment is the first one in about eight years that has forced me to write another blog. I LOVE when this happens. 8-)