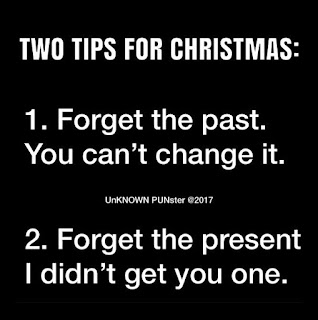 Okay, so #2 isn't true for everybody. But when I saw this today, my gut clenched.

My gut has been doing a lot of clenching just lately. In the last two days alone, I've had two brutal headaches, gastrointestinal issues I'd rather not, uh, spill, and assorted other aches and pains. Including a couple of cuts across the back of my hand. Those last didn't hurt at all--I cut and scrape myself so often at work that I almost never notice I'm bleeding until someone points out the blood trail--but they annoyed me, nonetheless. Bandages, even secured with packing tape, wouldn't stay in place.

Those are the physical ailments. The mental issues are worse.

There is a criticism that has been levelled at me my entire working life; it's one of the things that has kept me from advancing very far, even in the trained-monkey-could-do-this world of retail. It is this:

I don't work well under pressure.

Now, I'd dispute this disparagement if given the opportunity. I can handle vast amounts of pressure and all it entails -- multiple shifting priorities, hard deadlines, seventeen things on the go at once -- if I have control.  That may sound tautological -- if he has control, he's in control -- but it really isn't.

By "having control" I mean: I'm in a structured environment with clear directives (doesn't matter how many, so long as they're clear). I mean: I have input into my situation and can question deviations from those directives without being fed bullshit. And I mean that I feel my work is valued. Absent any of these conditions, I seethe, internally. No customer would ever see it; my customer service has been nationally recognized. But the people feeding me the bullshit and taking me for granted, well, they see it. I especially don't do well in an kiss-assy environment. I find the smell off-putting.

Christmas in retail is a time when everything spirals out of control. Including me. I find myself wishing I could teleport up up and away, somewhere, anywhere away from constant petty annoyances that after a while aren't petty at all.

I repeat: it isn't the customers. I hear from many friends that people are particularly assholish at this time of year and forgive me, I don't see it. I see people under stress, same as I am, and I always seem to have the energy to respond to that with compassion. No, it isn't the customers. It's the politics, the competing agendas, the rah rah go team every metric is waaaaaay up and yet nobody is doing anything right especially you Ken so shape up.

It seems like I am always reminding people of the importance of breathing. It's no coincidence that the Latin for "to breathe in" is inspire. Control your breathing and you control your mood.

Back to those people under stress. I've been calling this month 'Stressember' for years. Christmas is a unique time of year in which we have to pretend we love people we don't even like, buy them exactly the right gifts, ideally expensive and hard to find, and brave crowds of thousands of people all doing the same thing. No wonder that this year, for the first time ever, online spending on Christmas gifts will exceed money spent in-stores. I wholeheartedly endorse this trend, even though it's not exactly in my professional interest to do so.

Christmas has been a time of angst and sorrow for me for a number of years, and it's getting worse, not better, as the number of people I care about increases. It's because I am a member of what is euphemistically called the "working class".

Euphemisms are for the differently brained. -- Spider Robinson

I say this not for pity but for understanding. That's an even harder thing to ask for than pity, because unless you're poor too, understanding is in even less supply than money.

If you get a gift from me, rest assured I have kicked myself, hard, that it isn't a better one. The funny thing is, "better" doesn't IN AND OF ITSELF mean "more expensive". I have a friend with a real talent for spending next to nothing on highly meaningful presents. You might look at this $5 item she gets you and be too polite to ask "what the fuck is this thing"--and then she'll explain why she picked this specific item out for you and your heart will both melt and swell. I don't have her talent, but I try, all the while casting glances at the thing I REALLY want to get you that, sigh, it turns out I can't afford to. And if you don't get a gift from me, well, that gift's absence hurts me more than it does you.

My first Christmas with Eva--she gave me a budget of $25 to spend on her. All the presents I wanted to get her cost about ten times that. I wasn't going for the price tag, honest...it was just..."hey wow, this'd be perfect for her, oh shit, it's $199 and tax.

So I went sentimental, and Eva mocks me (with love) to this day for the result: 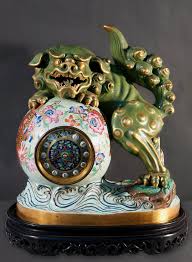 Isn't that the ugliest fucking thing you've ever seen? Yeah. It had two redeeming features, as far as I could see: a beautiful inscription on the package explaining how deeply meaningful it was (2017 Ken realizes he was probably fed a line of bullshit there)...and a $20.99 price tag. With tax, $24.14.

Most years, including the last several after our clean, well-lit lives got darker and dirtier, we've confined ourselves to stockings. On the receiving end, I'm perfectly okay with this. I am a simple man with simple pleasures, and I'm being totally sincere when I say that I'd rather have presence than presents. It means more to me. Much more. Especially at this time of year, when nobody has time for anything...if you make time for me, I'm humbled nearly to tears. On the giving end? I want to give you more. I just do. Some of you can insist you don't want anything and my mind can't help envisioning the look on your face when you see the nothing I get you. It's funny, isn't it? I know I'm sincere, but I can't seem to believe you are.

Exception made for kids. Christmas is really for children, and no matter what turns our lives take, we'll make sure the kids get gifts.

We haven't decorated here since Georgia-Peach came into our lives, and she's been gone three years. I'll be honest, decorating for Christmas has always, and I mean ALWAYS, struck me as a colossal waste of time and energy. Back when I was a kid, it was of course all about the presents--the tree they were under was so thoroughly irrelevant that it was almost invisible to my child's eye. Now? Our Christmas is New Year's Eve.  We eat food we don't eat at any other time of the year: mozzarella sticks, sausage rolls, and other deep-fried atrocities that I pay dearly for each New Year's Day. We watch cheesy comedy on TV, probably the only time in the calendar year when I can sit in front of a screen for longer than 90 minutes without feeling an overwhelming urge to grab a mouse, click it, and thus seize control of my viewing experience. Mostly, we relax and cocoon and breathe a huge, hours-long sigh that we've made it through another Stressember, another year. Decorations not required. New Year's Eve is when our circle closes in more ways than one. It's a larger circle now than it used to be, is all.

Until New Year's Eve, I'm going to feel this stress and sadness in equal measure, tempered by the love I feel for you and the love I feel from you.  Please accept my wishes for a joyous and happy holiday season, and remember that you are loved.
on December 16, 2017