I will source that.

That's stay-at-home. A mom who works full time puts in 58 hours a week just doing household chores, in addition to her week at her paid job. It's pretty clear just from this that moms are the most overworked, underpaid people in the known universe.

Even so, the woman who created Mother's Day soon disowned it and tried to kill it, asking people

"WHAT WILL YOU DO to rout charlatans, bandits, pirates, racketeers, kidnappers and other termites that would undermine with their greed one of the finest, noblest and truest movements and celebrations?"

Charming. Reminds me of Christmas. And Valentine's Day. And nearly every other holiday in this hyper-capitalist world. If you can't make money out of it, what good is it?

I was not a very good son. At least not in my teens. I can't defend it; I can't even explain it. Selfishness doesn't even begin to cover it, really: for a while there, other people didn't even exist except insofar as what they could do for me. It gives me great shame to admit this. The people who were closest to me, namely my mother and stepfather, were nonplussed at their son's waywardness.

Normally so good with words, I was at a total loss to explain myself...but of course, what teenager ever feels the need?  Now, it's hardly easier. There was a hole in my soul. I see that now, but back then...how do you explain nothingness? The adolescent's delusion of superiority warred infinitely with a very well-developed inferiority complex, and so I veered wildly between grandiose gestures and a round-and-round jaded pointlessness. The grandiosity went towards people I was trying to impress, the pointlessness was most often directed at the people who loved me. And my mom got a heaping helping. It's fair to say, as much as it hurts now, that I detested my mom. I loved her, yes, but I hated her too. She did nothing to earn my hatred except be a loving mother to an unloving son who knew she didn't understand him because he didn't understand himself.

Mother's Day was a flashpoint in my house for many years running. To my mother, it was a Big Deal. I always felt under supreme pressure to meet expectations, and what I did with pressure in that time and place was chuck it in the fuck it bucket and move along, nothing to see here.

So she was bitterly disappointed by my gifts. I remember one year I bought her a set of Barbra Streisand cassettes in a nice booklet. (That should tell you how long ago this was...would have been '91, I think.) I got to thinking I wanted some of the songs for myself, and so without a thought or care I ripped open the box and dubbed what I wanted and then gave it to her, obviously used.

Selfish. And what's even worse, I never apologized for it. Eva came into my life, my relationship with my mother boiled over, she did not attend our wedding, there were five years of no contact...and when we re-established relations on a solid, if distant footing, I was petrified to rip open old wounds. I issued one blanket apology for years of shitty behaviour (to be fair to me, it was a conversation, not a single sentence from me)...it was accepted....and we moved on.

And she's dead now, and I can never apologize properly.

I loved my mom. Often I didn't like her, but I never stopped loving her. Love and dislike cause some awfully complicated swirls of emotion trying to coexist, especially when I add in a deep deep guilt knowing now that much of what I disliked about my mother stemmed from her mental illness.

And so I approach the word "mother" with trepidation, the way one might enter a field full of lovely flowers and loaded land mines. I've seen mother after mother both succeed and fail with their children. Their successes are spectacular, their failures even more so. I see daughter after daughter pressed to become carbon copies of their mothers. I see grown adults who seem never to have been nurtured and who thus lack the ability to be nurturers themselves. (And yes, I am aware that gender roles are sexist and that fathers can nurture and mothers don't have to). Still, I see child after child struggling to be heard and understood, and I reflexively blame the mothers (and fathers) before I stop to consider that most children don't understand themselves and antagonize their parents much like I did.

Every mother...every parent...is simply doing the best they can with what they have. Same as the rest of us. Except mothers are usually charged with so, so much to do, and often what they do goes unappreciated. In purely practical terms, there's that 94+ hours of work a week, encompassing a hugely diverse array of fields that would net Mom a pretty paycheque if we deigned to pay Mom what she's worth.

In my teen years, my mom wanted a Mother's Day gift I never gave her: the knowledge that her son both loved her and VALUED her. It wasn't about the expense of the gift (and in my teens, I couldn't see that)...it was about the thought behind it. I daresay the writer of the article I linked above is correct: most mothers don't want brunch in a crowd of strangers or some gaudy bauble for Mother's Day. I think that many would most appreciate a reversal of roles: a day where their children 'mothered' them, so to speak, by doing most of all of the housework...when they sat down with their moms and had a heart to heart talk about life and love and pain and joy....where their children said, tenderly and without artifice...Mom, I love you. 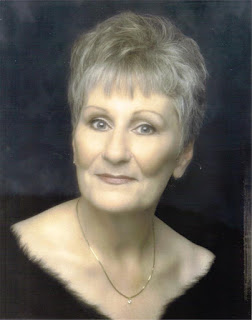 You write so nicely about your mom. I always like your posts about her.