Eva and I were sitting in the pews of the Torrance Funeral Home in Parry Sound along with 200+ of my aunt Dawna's nearest and dearest friends, and I found myself chuckling ruefully as I fought back a tear.

"You know who would have absolutely loved this scene," I said to my wife. "Dawna. She would have just adored mingling with everyone, enlivening the room with her warm kindness and conversation. Doesn't seem right, I added silently, that she's not here.

"But she IS here," said Eva, as if I'd said that last aloud. 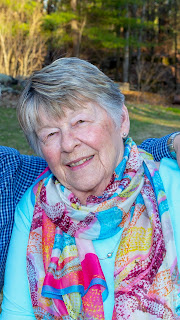 Dawna Jackson was born on May 14, 1942. She was a lifelong Parry Sounder, with the accent and  affability that goes with that. She was the secretary at Parry Sound High School, and so generations of children knew and loved her.
I spent many a weekend at her home on Highland Crescent in Parry Sound. Actually, her house probably has more memories in it than any house in which I did not actually live.

There was, of course, her piano, which I made a beeline for as soon as the social niceties had been observed. Very rarely did I ever witness Dawna play herself, which was a mystery because she was extremely accomplished. But I do remember duetting "Heart And Soul" with her more than once.

There were dinky cars galore, more than I had at home, Hot Wheels and Matchbox and Corgi Jr and Majorette. There was a fridge in the basement that was always fully stocked with what seemed like an infinite variety of soft drinks.

There were these books: 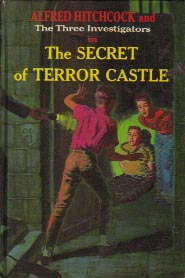 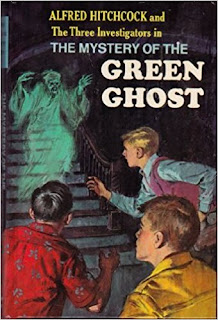 ...which in all honesty I can't recall if Aunt Dawna or my Dad bought for me, but I certainly read  them at Aunt Dawna's, and then shuddered myself to sleep.

There was Dawna's daughter Terri, who has made a name for herself several ways...as an Olympian (field hockey, Barcelona, 1992)...as a police officer and then forensic detective, and mostly as a quality human being. Terri is a few years older than me, and her interests ran directly counter to mine, but she always treated me well and helped me grow.

And of course, there was Uncle Ted and his suite of memories.

But most of all...there was Dawna, and her easygoing chatter. She had thoughts about absolutely everything, never tired of expressing them,  and was always worth listening to. She could keep up a stream of consciousness seemingly with circular breathing, inhaling each time she said "aaaaannnnnd" before a new thought. It was...breathtaking. As in, you would take her breaths for her.  But her stories were always interesting and often funny.

We're sitting near the front of the chapel. There's a lovely slideshow that, I was touched to discover,   both Eva and I were included in.  Pictures of Dawna and my father, her brother, abounded...they were very, very close, and I can tell Dad is struggling just a little even before he starts spraying witty remarks hither and yon like a water sprinkler. Dawna's beloved partner Barry is sitting directly in front of me, and the emotion in the room is buffeting me in waves.

The service today is an extremely condensed supercharged jolt of pure unadulterated Catholicism, heavily spackled with calls and responses that fit the faithful like a comfy slipper but utterly mystify outsiders. After just fifteen minutes. the priest closes and Emmy steps forward.

Emmy is one of my aunt's grandchildren (Hunter is the other), and I haven't seen either of them since they were practically toddlers. They're all grown up, now, and Emmy is gamely struggling to hold it together. More than a few tears here as she describes how Dawna was like a second mother to her, and taught her many life skills.

My father follows her, and thanks everyone for coming.  "You're not supposed to wing these things," he says, and proceeded to do just that.

He speaks very briefly about how both he and his sister were adopted, and how that made them closer than siblings. Barry, ahead of me, sobs, and Dad says "don't you start, or you'll get me going too". He said "we're all very proud of Terri," and then noted how Dawna absolutely doted on her grandkids.

Then Terri got up. She's been everywhere today, mingling, sharing pain and love, and I wonder if she realizes just how much like her Mom she's acting.  She was clearly fighting back tears as she alternated between thanking everyone, loving her Mom, and extolling the virtues of the triangle sandwiches that were waiting for us once she sat down. Oh, and the beer that would await those who could come later.

Dawna's knowledge of town history was positively encyclopedic. Drop a name, any name, and you'd get a detailed picture of that person, that person's family, and any significant life events.

My god, could this woman shop. Shopping was a passion of hers. From haute couture to flea markets, it didn't seem to matter much. Every item on offer had to be examined, and she had a real eye for a deal. Her gifts were always thoughtful and cherished.

Another joy of hers was genealogy....she had traced us all the way back to Charlemagne, as I recall.

We stayed with her and Barry when we went to Destin, FL eleven years ago. That was a whirlwind trip...three days down, two days back, and just two days there. I still remember discovering my aunt had a fear of heights to match my wife's. It was in Destin that Eva snapped my favourite picture of Dawna, out on the balcony of their suite on the 18th floor overlooking the Gulf of Mexico: 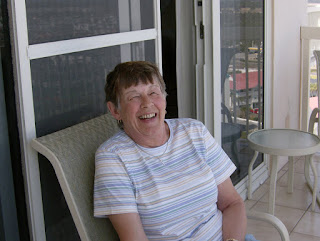 This is how I remember my aunt Dawna. Always smiling, always warm, always with a story at the ready.  She was loved.

Will always be loved.