So this blog has been a little Kathy-centric lately and I think it's time I talk about Eva. 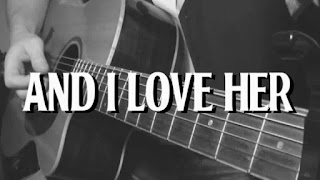 What a difference a couple of months makes.

I can't say very much publicly about why she left her old job, because I will start foaming at the mouth if I do. I can tell you this, and you can draw your own conclusion: she left without a job to go to.

That takes more guts than I've got, no matter how strong the forces pushing her were (grrrrr). In nearly twenty years of admiring the inner strength of this woman, I've never been as in awe of her as I was the day she came home, having left her hell behind her for the last time on the same day I left my purgatory behind me for the last time. Crying...shaking...but still standing.

There's a meme I've seen several times that says "crying doesn't mean you're weak. Crying means you've been strong for too long." There's a reframe many of us could live by, you know?

I will admit to fear, a fair bit of it. I mean, I had every confidence that Eva could find a new job in short order...but she had been so damaged by that toxic environment of her old job that I wasn't sure she had confidence in herself. And securing new employment absolutely requires that.

Between Mark and I and not having to brave the hell her work had descended into, she found enough confidence to secure a new job, with one of Canada's most reputable companies and top employers, right away. And I've said it once already but I'll say it again for emphasis:

Eva is a very difficult woman to describe, because like Meredith Brooks' song "Bitch" says, she's a little bit of everything, all rolled into one. The image that comes to mind is of a centrifuge.

At her core, she's stable and immutable. The further you get from that core of stability, the faster she spins. Her mind is endlessly restless, probing the world for patterns and analyzing each pattern she finds. She's also highly intuitive, able to tell things at a glance that many people can miss even if they're staring.

Beyond that core, change used to be a constant. She'd pick up new hobbies seemingly not out of any real interest in them, but solely to see if she could do them. Once she succeeded at something, it quickly became boring to her and she'd move on to something else. I think quilting is the ONLY thing I've ever seen defeat her, and even then it was one of the last steps that did it.

So long as the centrifuge is spinning at a constant rate, Eva is just fine. Better than fine: she can do the work of two or three people if she's humming along, and she can do it happily, if she's treated, you know, like an adult human being.

But one of her issues is that she has found it hard to accept an upper limit to what she can accomplish. And so she piles more and more upon herself, and accepts more and more piled upon her by others, until she's doing the work of five or six people, faster and faster...and that centrifuge eventually,  inevitably,  overheats and breaks down.

I've seen her through two cycles of that. The third was caused by a nasty side effect of bariatric surgery...malabsorption of her antidepressants, among other things, the practical upshot of which is for every five drops of oil applied to her centrifuge, only one drop would be effective. That in turn triggered SSRI discontinuation syndrome (even though she hadn't discontinued anything)...and let me tell you, her symptoms were NOT mild.

Treatment of various kinds, and us here at home with her, got her through that mess. She is fine now, and has been for almost two years.r. But I'm both saddened and infuriated by some other people's inability to see her as she is,  simply because somebody else saw her as she was.

Picture an ultra marathon runner felled by a bad case of, let's call it mononucleosis. She's out of commission for weeks; pretty much bed bound, hardly able to walk at its worst. Does this invalidate the marathons she's run in the past? Does it mean she'll never run again? Of course it doesn't, that's foolish. If we recognize this for physical illnesses, why can't we do the same for mental ones? (Grrrrrrr.)

That last episode, long over with now, was by far the worst of them. In recovering from that, Eva has learned a lot about herself, and more importantly, learned to accept what she has learned. The inner peace that has always been at the core of her has spread to enfold the rest of her. In other words, she has learned the difference between "mind full" and "mindful".

Once again she can process several things simultaneously--but she doesn't feel the need to continually expand and fragment her attention any more. I'll likely never see her comfortable in silence, but her equanimity has improved beyond all measure.

I love her. She's my best friend, confidante and partner. And she's remarkable. Every day proves it.

Adhar Blog said...
This comment has been removed by a blog administrator.
3:27 am