Do You Believe In Magic? Part 2

In last week's oh-so-thrilling instalment of "Do You Believe In Magic", I attempted to demystify the word. By asking you to use Dion Fortune's definition of magic, "the art and science of causing changes in consciousness in accordance with will", I showed (or tried to show) how you are a magician, or mage, and so is most everyone you know--even if you've never thought of yourself that way.

You are a mage because you have an "I-mage-ination". Your imagination is potentially much more powerful than, well, than you probably imagine right now. The same tool that gives us pleasant daydreams (or awful nightmares) can, properly applied, be used in all sorts of ways to change your consciousness. And it can go much, much further linked up with the imaginations of others.

I must apologize for all the etymologies I throw at you, dear reader. I do it because often I find they offer interesting clues to deeper meaning. For example, "mage", as I noted last week, is the singular of Magi, or "priests"--but what were the three Magi in the Bible? That's right, "wise men". A mage -- remember, it's just another word for magician -- is (let's remove the implicit sexism, shall we?) nothing more or less than a wise person.

In other words, a wise person uses their imagination to effect a change in consciousness.
Conscious(ness): Latin, "knowing with others or in oneself". I'll be coming back to this definition later.

Put even more simply, a wise person knows how to use focussed intent: which is simply another definition of magic.

Psychology is hip to much of this, using different terms, of course. It's long been understood that visualization -- using your imagination -- is a potent tool to create your reality. Pro athletes are told to do it before a performance. So are business leaders before an important presentation. I just took a LinkedIn course that advised me I should place a few "artifacts" around my work area: pictures of what's important to me, one or two motivational sayings that resonate with me, and most importantly a short description or picture of where I want to be in five years. I was told -- I shit you not -- to "focus my intent" on these "artifacts" before I start work each day.  This would help to bring about my goals.

Artifact: Latin again, "something made using art". Hmmm. The art (or science) of changing consciousness in accordance with will, perhaps? Artifacts are very common in magic of all sorts. Here's a LinkedIn course, created for people in business, actually giving you a spell to use and telling you it works. Whodathunkit?

Be careful, folks. Allow this stuff a foothold in your mind and you'll be seeing magic everywhere. Which will make you an object of derision in modern society, because amongst our society's foundational myths is that there's no such thing as magic. 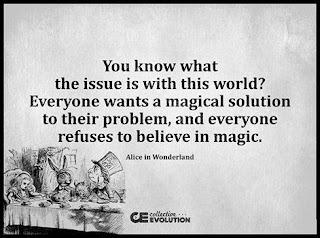 That I feel the need to say this next bit should tell you how much disdain magic is held in here and now, despite every society in human history routinely practicing it.

I have not abandoned either science or faith, don't you worry. Both have a place. Science offers countless insights into How Things Are and  innumerable clues into How Things Came To Be That Way. Faith, whether in a deity, ourselves, other humans, or a higher cause, binds and connects us. Magic is simply another tool. Like any tool, it can be used to build or to destroy. And as with any tool, a competent craftsperson is more likely to succeed.

Even though Fortune's definition of magic includes the word 'science' -- much individual magic has been corroborated scientifically -- I'd like to draw a distinction, again using etymology.

Science: (Boy, there's a lot of Latin up in this here place) "to know".
Magic: Greek, the art of a mage (wise person). 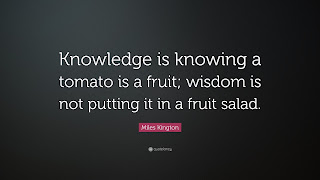 I've been saying for years that our society values knowledge over wisdom. This is a very recent development in our shared history, and not a positive one. We have a tendency to regard people from the past as ignorant savages. You can cure this by reading a good translation of ancient philosophical works. Time and time again I have found myself stunned and reflective reading Marcus Aurelius, for example. There's not a lot of knowledge in the Meditations, at least not the kind of knowledge our society values today,  but man oh man is there wisdom galore. Here, let me grab three quotes I find magical: 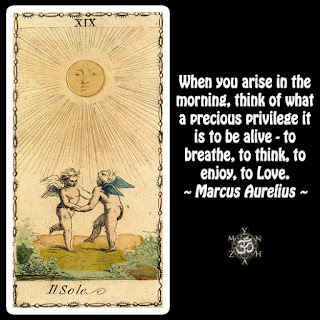 ("The only effective prayer is a prayer of gratitude.") 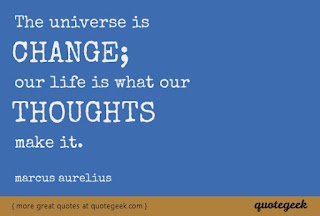 (Every parent has said this one over and over, right? "Life is what you make it.") 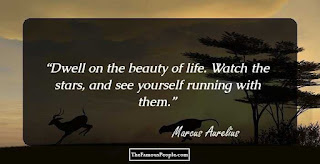 ("what you perceive, you achieve.")

I wonder what ol' Marcus would think of my saying these are magical thoughts. The man valued Reason above all else. But there IS magic in these words, potent magic at that.

I'd like to introduce, and hopefully redefine for you, one more word that's misunderstood almost as much as "magic". And of course it is related. That word is "myth".

Today, a myth is something to laugh at. It's actually spoken of as if it were the opposite of a fact, and for damn sure you'd be stupid to believe in it. A popular TV show "busted" myths, and in so doing further devalued an immeasurably valuable word and concept with an truly ancient lineage. May I respectfully suggest that discarding mythology is like seeing a forest and mything the trees.

Again dragging out the etymology, but get a load of this: it derives from the Greek muthos, which meant "word, thought, account, rumour...anything delivered by word of mouth". (And that word comes from something unknown that's likely much older.) Attentive readers will recall from last week that spell derives from an almost prehistoric word meaning "to tell", and so the two words are intricately linked. A myth is a story, an account, we tell ourselves to explain the way things are. Joseph Campbell, the mythologist, defined a myth as "something that never was, yet always is." Or: 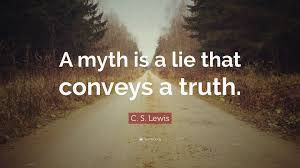 It's not literally true, but it is very much figuratively true, in that it figures very prominently in how a society believes and acts. And because it is a spell, "cast" by many, it is very powerful in shaping consciousness.

What are some of the myths, the stories, that we as a society tell ourselves? The one that leaps to mind for me is that humanity is the pinnacle of creation, the end of evolution. There is no reason whatsoever to believe this, and yet we do, or enough of us do. That myth has some serious mojo behind it: it's caused us to gravely threaten the only planet we're ever likely to call home. The fact that a myth is not in accord with reality doesn't lessen the myth's power over people, although a reckoning can come about when reality can no longer be ignored.

Because myths operate as spells, shaking free of one is difficult. Witness what's happening in the United States right now with the adherents of the myth that "It's Time", i.e. that Hillary Clinton should be President. This is obviously not in accord with reality, either. And yes, people obviously recognize that (how could you not?) But so many people are so caught in that myth that they're basically throwing a three year old's temper tantrum, thinking that if they just scream loud enough and clap their hands over their eyes (the better not to have to look at those awful Trump voters), their preferred reality will assert itself momentarily.

It's not going to happen....because there is a more powerful spell at work here--a different shared consciousness. (Remember, 'conscious' originally meant 'knowing with others or in oneself'.) Get enough people sharing the same consciousness with enough of the same focussed intent and...presto-change-o!

And Donald Trump represents a fundamental change in American worldview, there is no denying that.

What does it all mean? Where might we be going? And how does myth and magic tie into what's happening? More on that next week.