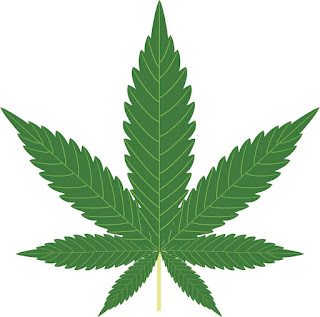 I'll be writing again on marijuana after October 17, when it becomes legal. A few thoughts for now.

In no way should I be mistaken for a Doug Ford supporter. But I will give credit where it's due: his approach on this issue is refreshing.

Wynne had originally said there would be four government-owned stores in Ontario, blossoming to (ooooo) 60 by who knows when. This, of course, is pure lunacy front to back.

I don't often let my inner conservative out where people can see him.
Hello, little guy.
Mellow, big guy.
So what did you think when you heard about Wynne's plan?
I thought she was baked.
Why?
Let's start with the number of stores. It's a joke. The city of Toronto alone could easily support three times the number of outlets allocated for the entire province. Do they have no idea how many people use this stuff?
Yeah, I had that thought myself.
Of course you did, you're not stupid. You know, for a leftie.
Gee, thanks. What else was wrong?
It smacked of nanny-state-ism. "Yeah, okay, so the Feds have forced us to legalize this. We didn't have a say. It wasn't, shall we say, a joint decision--
Okay, that pun's horrible. Just a tokin' effort, that was--
--so let's be blunt,  weed better make sure we corner the market. It's legal, yes, but we have these grave reservations about it, so we're going to make it as difficult as possible to get."
Grave reservations?
Hey...bud...this is a Puritan province, right? It wasn't until 1969 that Ontarians were trusted to select their own alcohol in the LCBO store rather than have a specially trained clerk do it for them. Hell, until '62 if you wanted to buy booze in this province you needed a permit to do it. They kept track of what you bought and when and if they felt you were drinking too much, they'd confiscate your card.
I'm not a huge fan of drunkards, but that's draconian. Drunk-onian?
Shut up.
Right.
So history was poised to repeat itself. Which is especially insane when you remember their stated goal was to get rid of the black market.
Sure, four stores to start and only sixty province-wide, that's not going to even dent Mr. Neighbourhood Dealer.
Neither would the price. No matter what the price is in a government store, I guarantee the black market will undercut it.
And so with private stores?
More competition...lower prices. At least something of a challenge to the illegal dealers.  And not to worry your tax-and-spend heart, the Big Bad Government will still be raking tax in...while allowing private enterprise to do the same. That means jobs. Lots of new Shopper's Drug Marts. so to speak.
Groan. So is the Ford plan perfect?
Hell, no. We're nine weeks away from Legal Day and they still haven't ordered any pot for the online operation. Not good.
Their ass is grass?
That's just strained. I'm going back inside.
________

The other big concern, of course, is driving high.

There's a caveat here, a big one. Cannabis is not like alcohol. At all.

For someone who rarely or never uses, a tiny dose of marijuana is going to impair them significantly and dramatically increase their chances of a crash. For a heavy, longtime user,  you won't notice any difference from their sober state in their ability to drive  or do anything else. T I am absolutely positive you've driven past at least three people today who had recently used marijuana, and I bet you had no clue whatsoever. I'm just as positive of this if you happen to be in a cruiser on patrol. That opens up a real can of worms.

Fortunately, it's a can of worms that can be easily closed: Rather than criminalizing a specific concentration of cannabis in the blood--which again, will have vastly different effects on different people--why not criminalize erratic driving? Let's simplify things. Whether you're drunk, stoned, texting, eating, or whatever else, if you're caught driving erratically, you're hit with a hefty fine.

You won't see this happen, any more than you'll see my nifty neat-o amendment to the criminal code, abolishing the charge of attempted murder. ("If you meant to kill somebody, and you tried to kill them, let's treat you as if you succeeded.") Yeah, that won't happen either, even though it should.

But as regards pot: The proposed federal law stipulates a $1000 fine for two nanograms/ml, and more than five nanograms (or 2.5 nanograms and .05 blood alcohol content) means a criminal record, a larger fine, and possible jail time.

I predict that the two nanogram offence will face a constitutional challenge, based on this statement that accompanied the draft legislation:

"...this low offence is "is not directly linked to impairment, but is, rather, based on a precautionary or a crime prevention approach."

Do you see that? They're actually acknowledging that two nanograms is not impairment, but they really wish it was, so they're going to fine you anyway. What's next, slapping a fine on people doing the speed limit? That'd be a precautionary, crime prevention approach, wouldn't it?

I'm NOT suggesting for one instant that we just not bother. I'm saying we should be targeting the behaviour behind the wheel. The agent of impairment, to me, is irrelevant.

So far as I can see, the legal system is lost in a haze. Their only reeferent remains that pot is evil. Given its effects on developing brains. it certainly is for those younger than the age of majority. After that, though? The stuff helps far more people than it hurts.