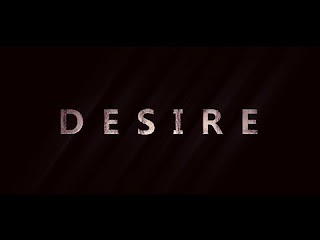 So much of this article turns my stomach.

OkCupid did a study. They analyzed the desirability of men and women based on how many messages each received over a month.

Right away I have questions. I wonder if the researchers have actually spent any time on dating sites, and how they managed to equate the hundreds of low-content crude messages EVERY woman receives with "desirability". I also wonder if they divided that large number of messages women receive by ten or one hundred to yield a roughly equivalent male desirability. Because women so rarely take the initiative, in my experience, at least, on sites like that.

Digression time: I wish that would change, but I don't see it happening as long as 95% of the men on sites like that are simply looking for a way to get their cocks wet. And I feel like I'm being generous with that 95%.
The dominant cultural narrative holds that sex -- which, again, seems to be the sum total of what most men on dating sites are after -- is something that women give and men take. It's reflected in our language: "he took her virginity", or simply, "he threw her up against the wall and took her". How often do you see "he gave himself to her?"
At any rate, since it's men who do the taking, it's men who must take action. If I thought it would work, just for gits and shiggles, I would create a dating site where men are NOT allowed to make the first move.

But let's take this study at face value and assume it really is saying something. What's it purporting to say?

Even considering "just sex" -- two words I still have trouble writing together -- the appeal of an 18-year-old is lost on me. I'd rather be with someone who has experienced a wide variety of things--the full gamut from lust to love and especially combinations of the two, and how many 18-year-olds meet those criteria? And as for a relationship? (Hahaha, I know, that's a bad word, right?) But seriously. Shouldn't people be at roughly the same level of life experience for that to work? There are, of course, ultra-mature 18-year-olds (and obviously at least three all-of-them's worth of IMmature 50 year olds, amirite?). But they are the rarest of rare exceptions and even then, hello? You're old enough to be her father, you fucking pervert.

You men are going to come at me now and say that it's all about how 18 year olds LOOK, and I'll push back with what the fuck are you looking at people half or a third your age for? Besides, it's not just looking. You're messaging these women in the hopes of hooking up with them.

Really? You're going to go there? Planning on having a baby with your 18-year-old mistress, are you?

That there's nothing to suggest 18 is some kind of arbitrary cut-off below which entirely too many men won't desire younger women/girls. I bet if fifteen year-olds were legal...I don't even want to finish that thought.

Moving on.
Smart women are supposedly intimidating. And I'm over here going, like, "if you're scared of an intelligent woman, there is something fundamentally wrong with you as a man." Studies have shown that relationships stand a better chance of lasting when the partners are of roughly equal educational standing. But this isn't (usually) about relationships, right? It's about sex, usually. Where do brains enter into it?

Oh, I get it! THIS is what they mean by "I'm going to fuck her brains out!"

Most of my female friends are considerably more intelligent than I, in one way or many ways. I can think of one whose intellect is so sky-high that I find it difficult to keep up with her. But I've always said, if you're the smartest person in the room, it's time to find a new room. That, apparently, makes me odd. I swear to god, my autobiography is going to be called "THE OUTLIER".

One other note: just because someone has umpteen college degrees doesn't necessarily make them "smart", and a high school drop-out may be far, far, far from stupid. I have debated philosophy with a janitor who never even saw grade nine: he had a nimble mind that school tried to cage. One day he decided not to be caged anymore.

The article closes with this:

But then again, the internet can’t read chemistry.

“In the real world, the woman with a graduate degree who knows your favorite Kerouac passage, speaks a few languages or discovers new ways to cure disease might be undeniably attractive,” she said. “Think of Amal Clooney.”

Thinking, thinking. Drawing the usual near-blank. She must be related to George, the man whom millions of women think is a heartthrob even though almost none of them have ever met him. (It goes without saying George Clooney could present himself right in front of me and I'd never recognize him).  Check Wikipedia: yes, his wife. Quite an accomplished woman, and from her philanthropy it at least appears she has some compassion.  That's attractive...assuming she's likewise attracted to me.

Because of this I've already forgotten what she looked like. I'm not kidding. 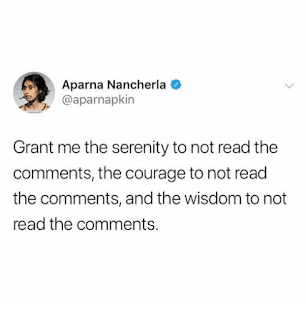 Shit, I read the comments. DON'T READ THE COMMENTS. Bunch of incel-types saying women are just after power and status and men are after "hotness". And big tough manly men bemoaning how men can't just be men anymore, everyone's supposed to be a woman.

I have limited power--and always strive for power with, not power over--no status, and precious little money. Yet I am loved. And as for men acting like women, it's so sad how many men think like this. It isn't about acting feminine, it's about not OBJECTIFYING the feminine. Something many men seem incapable of refraining from doing.

I need a shower.