As far left as I have drifted over time -- some would say too far, and I'm striving of late not to fall into the pit of extremism -- there's one way I haven't moved too far left at all, and that's when it comes to crime and punishment.
That shouldn't be surprising, with the number of police officers in my family. To be fair, I don't automatically side with the cops...far from it, especially in the not-so-United States, where the police force has taken on many of the characteristics of a paramilitary brigade.
And I do note that in places like Norway, the prisons more closely resemble cottages...and the recidivism rate is a fraction of what it is here. Believe it or not, treating people like human beings...tends to work.

I'm not spiritually evolved enough to grant "people" designation on things like Paul Bernardo, Charles Manson...or Terri-Lynne McClintic. And so I have no qualms about treating them...differently.
Christianity holds that anyone can be redeemed, given contrition and acceptance of Jesus Christ as Lord and Saviour. Some sects demand 'works' as well...I've always thought that faith without works is  an empty word. (Of course, atheists are free to tell you that faith itself is an empty concept. I strongly disagree, but I'm not of a mind to refute them just now.)
New Thought goes one further, and suggests that everyone goes to heaven, there being nowhere else for someone to go. Perhaps that's true on a high spiritual level, but it sure doesn't mesh too well with our need to see someone held accountable for heinous crime, does it?
MY mode of thinking is that there are criminals who can be rehabilitated  -- yes, even some murderers -- and criminals who can't. Trigger warning: things that  do things like this...can't. This female thing was working her way up to this hideous crime her whole life long. Yeah, okay, she lived a hard life. Tough fucking titty. Lots of people live hard lives and at most confine themselves to petty crime.

Many people argue for the death penalty for creatures like McClintic and her boyfriend. I would too...if our justice system allowed us to recreate the pain and suffering victims like Tori Stafford succumbed to. It doesn't, and I think a painless death is much too humane for the likes of McClintic (and Homolka, for that matter--as the linked article notes, the two cases bear more than a passing resemblance). Our justice system also doesn't allow for the kind of prison I think best suits such animals, the kind that supposedly existed (although I can't find reference) in New England once upon a time. That's a dig-your-own-jail. You dig as much as you can from sunup to sundown in one day. They slap some bars over your 'cell'. Your 'furnishings' consist of a bucket on a string...said bucket is your serving platter and your latrine, both. And there you live, until you die. The alleged record is three months.
Are you getting some idea of the regard in which I hold people who rape, torture and murder children? Or do I have to imagine something harsher? I can, you know.

But what we've got is "life" in prison (with no chance of parole for 25 years). That parenthetical clause bothers me to no end. If you mean 25 years, make it 25 years...and none of this "time off for good behaviour and weekends count as triple time" bullshit. LIFE. As in, the period before death. And hey, lets put her in general population.

I mean that last, actually. Because there's a hierarchy in prison. Murderers are usually top dogs...UNLESS the victim is a child, in which case they are (as they should be) the lowest of the low. The justice meted out by her fellow prisoners would be satisfyingly creative and harsh.

That's what I think. Do you know what else I think? What nearly everybody in Canada besides Terri-Lynne McClintic and a few despicable NDP and Liberal MPs thinks?

Robyn Urback is right. In no universe should something like a 'healing lodge' enter into the discussion. Minimum security? Obscene. And the indigenous people whose land the healing lodge sits on have no say on who gets sent there? That's a lesser obscenity, but still dead wrong. And the third wrong? The minister does not have the legal authority to intervene. Say WHAT? Who does? Whoever it is, get him or her off the damn pot and let's FIX THIS.

And to Justin Trudeau and anyone else who is upset that Tori Stafford's death has been "politicized", a big hearty heaping helping of expletives. This is about retribution, or lack thereof, for Tori's death. Get it right and MAKE IT RIGHT.

Please go sign this petition. If enough people do, maybe somebody will listen. 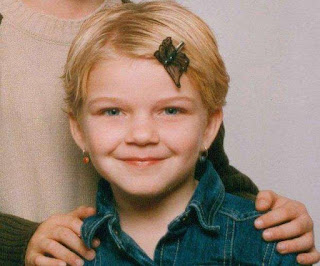