Valentine's Day: Love Is A Circus 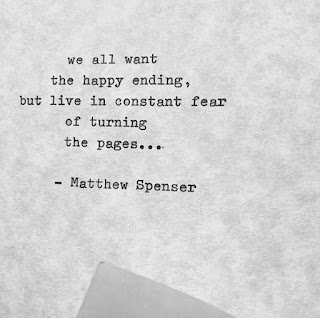 This Valentine's Day is hard for me.
They're never very easy, to be honest. I've related probably too many times how two different crushes of mine, five years apart, took the Valentine's Day card I bought them and shredded it unopened, envelope and all, wiping their hands on their pants with identical expressions of disgust. Shit like that scars.

VD became something to be endured, not enjoyed, and when I met Eva in 1999 I was relieved to find out she felt the same way about the holiday. It's not that we've never celebrated it at all, but it's not a priority.

Ken recognizes that VD is a made-up bullshit commercialized nothing-day. Ken knows that real love is expressed every day of the year, and doesn't need mass consumerism to be expressed. Inside, little Kenny feels otherwise. He likes mushy words, soft kisses, all that lovey-dovey stuff. It feels validating to him. Big Ken thinks he's mature enough not to need that kind of validation. Little Kenny says otherwise. Little Kenny craves it on occasion.

And both of us, big Ken and little Kenny, have discovered we like tightropes.

It's exhilarating.  You're far above the trifling concerns of the madding crowd below, and the sense of freedom is incredible. But.

To walk a real tightrope is of course a balancing act. To walk a metaphorical tightrope, no less so. You must not doubt yourself, but neither must you allow cockiness or complacency. I was plagued with all three: intense self-doubt in the beginning that had me wobbling precariously, then a growing, misplaced confidence mixed uneasily with complacency. I'd forgotten a couple of things about tightropes.

One, they end. Every tightrope has a beginning and and end--and as much as you may enjoy cavorting across one, it's a damn good thing they do end: you can't stay aloft forever. The world below beckons.

And two, whether you descend by ladder or by the splat method, the people down on the ground will look at you and mostly say you're crazy, don't go back up there.

I'm going to go back up there. Armed this time with lessons from the last time, chiefly don't think about it, just let it be. Check in, but not too often. Cherish what is, and remember nothing in life is permanent.

In the meantime, there's a great deal to be said for the circus ring itself. Unlike the tightrope, the ring doesn't have a beginning or an end: it's just there, all-encompassing, eternal. The entire show takes place within it. Tightrope act or no. There's also usually a lot going on within that ring, and if you spend too much of your attention on any one act, you'll miss the rest. And that would be sad. Why would you want to miss the circus?

He needs the love he spreads around
But in life he's just a clown
Till they bring the curtain down
Life is a three ring circus
Blue Magic, "Three Ring Circus"

Love is a circus. So is life. It's a hell of a ride. replete with joy and laughter and camaraderie. And the show must go on.

"We all want the happy ending", it says above, and I've never liked endings, even happy ones. Given my druthers, I'd rather the story continue, a new chapter, some new characters, an evolution, a character arc. I hope that's the case now that I'm on the ground and my (metaphorical) bruises and broken bones have healed. But even if it isn't, even if the book is over and there's no sequel wherein the fearless funambulists join other circus acts and admire each others' skill from afar...it was a good book. A VERY good book, full of life and love and deep meaning.

I have some Valentine's wishes.

To my wife, Eva, who keeps this circus going by nerve and verve holding nothing in reserve...I love you, love. YUCK.

To my friends, who have their own circuses, I love you. Don't ever take your circus for granted. Whether you're on a tightrope, a trapeze, or performing voltige around the ring, whether your circus is new or long-established...trust yourself, trust your partners, and enjoy the show.

To myself: I love you. So do many others. You fell; happens to the best of us. Get back up there and be the best tightrope walker you can be....but never, ever lose sight of the ground.