...for two reasons. One, you've seen the essence of part of this blog already. Two, I'm going to break a promise I made when I posted my last blog that the next blog wouldn't be about me.

1) I've got some more to say; also kind of obsessed; please forgive me.

2) That was a stupid, stupid promise to make. Every blog I write is about me -- even when the word 'I' doesn't make a single appearance. It's still my perspective on whatever I'm writing about. For good or ill, that's ME. In my more paranoid moments, I wonder if people regard seventeen years of blogging as self-centered. Of course it is: I use this blog to center myself. 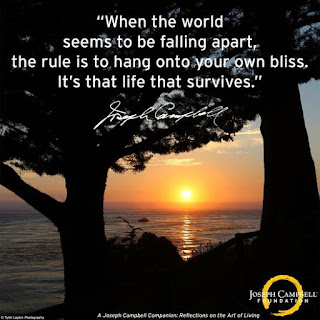 As I have mentioned, and recently, I subscribe to three reaction channels on YouTube, where people listen to music and react to it. I've told you that hearing my favourite songs through fresh ears is refreshing. It turns out I have considerably understated the effect -- and the affect.

What happens when I listen to something for the first time myself? And what if that thing is the single most affecting vocal performance I have ever heard in my life?

Dicon Dissectional Reactions is one of the channels. Every day I get notifications: "First Listen To $ARTIST - $SONG". The other day the artist was somebody with the unlikely name of 'Dimash Kudaibergen".  The song was called "S.O.S. d'un terrien en détresse" (S.O.S. From An Earthling In Distress"). To my knowledge, Daniel had never reacted to a song in a foreign language before. Which likely meant he'd gotten a number of requests to react to that specific song. A fairly large number. Which likely meant in turn that what I was about to hear for the first time along with Daniel was something special.

Little did I fucking know.

Please listen. Your ears will thank me later

Pardon the profanity. Sometimes it fits.

Dimash, I would later learn, was 22 years old at the time of this performance. He's Kazakh, is fluent in four languages, and has sung in twelve. And he is widely regarded as the best vocalist currently singing in the world today, of any gender. I say "of any gender" because he can sing anything from baritone to coloratura soprano and even higher -- his vocal range is six octaves and five semitones (for musicians: A1-D8), which is...there aren't words for what that is! A FOUR octave range is considered impressive. This man is superhuman...an alien.

The range is incredible enough. But he exhibits such astonishing techniques in the space of less than five minutes here. You've got operatic counter-tenor and full-on pop/rock belting in a single phrase; you have absolutely unparalleled dynamic control, and the depth of emotion!

The song itself is something I could have written about me.

This is the S.O.S. of an earthling in distress

I've never had my feet on the ground

I would have better liked to be a bird

I don't fit in my skin

I want to see the world turned upside down

Just in case it looks better from above, from above...

In the Great Lottery of the Universe

I don't have the winning numbers

I don't fit in my skin

Just in case it looks better from above, from above...

I think I'm catching waves from another world

I've never had my feet upon the ground

I'd rather be a bird

I'd like to see the world turned upside down"

In the course of exploring what else this wonder has produced, I found there were hundreds, maybe thousands of reaction videos to this song and others Dimash has performed. I started watching them..and couldn't stop. I played this for Eva and Mark. I sent it to friends. I just wanted to share the joy I found here, is all.

Eva said at one point: "I don't really see what you get out of watching people reacting to things like this". There was no malice whatsoever in the statement, but it did put me on the spot. Later that night, watching opera singers in awe, vocal coaches totally flummoxed, metalheads left speechless and random Scottish dudes reduced to tears, the full force of those reactions kept washing me in wonder. And being washed in wonder is, well, a wonderful feeling I haven't had much of lately.

I feel it, you see. Through a screen, I feel not just the glorious transcendence of the music itself, but the wallop of emotion it elicits in the reactor. Oh, do I feel that. Over and over, it washes over me..

I feel I'm catching waves from another (person's) world...

Because while I can tell the difference between fantasy and reality....they both effect me the same way.

Each reactor has a different perspective and notices different aspects of what is universally agreed as pure perfection. From the professionally trained observers I learn a lot of technical information very quickly.

I do this with movies, too: if I get home from a movie I enjoyed, my first move is to read a dozen reviews of that movie. What did I miss? Did others feel the way I did? If not, why not?  It's a quirk of mine I've had as long as I can recall: the more I like something, the more I want to know about it.

These reaction videos even exposed and expunged some prejudice last night. Amongst the I-don't-want-to-admit-how-many-I-watched videos, there was one, wish I could find it, where instead of one reactor there were four: a Black couple that looked like they were hoping to step up to a ghetto and a white couple that could have stepped out of Deliverance. Hyuck, hyuck, hyuck. All of them crammed together on a couch, watching and listening to Dimash tell us he'd rather be a bird. Well, this oughta be good, I thought to myself. What are these thugs and hillbillies going to make out of, you know, culture?

Dimash worked his magic. Jaws dropped. And then one of the gangbangers murmured a question that affected me almost as much as Dimash:

"Is anybody catching these subtitles in French? Song's fuckin' deep, man."

From then on, between feats of insane vocal pyrotechnics, this disparate group of people I had judged so harshly without even being aware of it were caught up not just in the music, but also the lyrics: the full experience I'd had. Music teachers, graduates, professionals, all of them told me more about the technical aspects of the spectacle. But only Winter's Bone-Thugs 'n' Harmony got the full emotional import. And Ken got a reminder that rooting racism and prejudice out is a life's work.

Ever seen The Fifth Element? Marvelled at "The Diva Dance"?

Ever imagined a MAN performing it without a blemish?

He does that here.

Dimash fans are called "dears". Dear, dear, dear, I am one.