This one is in firmly adult territory, folks. If you're not comfortable reading about s-e-x, best go find something else to read. 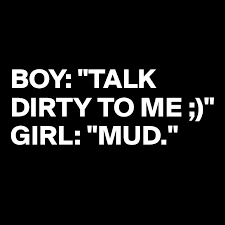 Then another wave of self-consciousness crashes against the mental shore as I consider: I'm not a typical male. Understatement. That doesn't make me special, or at least any more special than anyone else, but it does make me different, and so please be aware I'm not speaking for other men here. Only for me. So I'm not sure what value this actually has, if any, and yet...

I feel compelled to write it out anyway. Because I have had a kind of slow motion epiphany about this over the last...call it a couple of years. I had to wait for all the pieces to fall together in my head and here we are. Thank you, source material, for the final piece.

Ask Eva and she'll tell you: I have two exasperating traits that dovetail off each other. One I'll call "inconsistent literality" and the other I'll call "detail fixation".

Inconsistent literality: the tendency to take some things extremely literally, while easily accepting the mythical, poetic, or fanciful meanings of other things. This trait causes me to see things next to nobody else does, and also to miss things, especially visual things, everyone else sees. A non-sexual example would be Frank's Red Hot sauce, the slogan for which is "I put that shit on everything". Now, see, this bothers me. Why would a company refer to its own product as "shit"? And I mean, yes, of course I know they don't mean it "that" way, but nevertheless I can't help but read it/hear it that way. I'm not buying your product, you said YOURSELF it's shit!

I hasten to say that this is not my thing. At all. I'm not into receiving pain from someone I love (isn't that called 'breaking up'?) and I sure as hell would never choose to inflict it. Nor do I feel the slightest need to "discipline" my partner, let alone handcuff her to the bed. Really, what I don't like is the power dynamic: if I'm dominant, that makes my partner...lesser. In my mind, anyway. And since I don't feel that way, since if anything I feel like I'M the lesser one, the idea of domination just sets alarm bells to ringing in my head. It's called 'making love', right? Even though the love is, or should be, already made (hello, selective literalism!)? How is calling someone a filthy slut and pulling her hair AT ALL loving?!

You've probably spotted detail fixation. Yep, guilty: I see "BDSM", especially the "SM" part, and recoil. Sadism? Sadists are people who inflict pain for their own pleasure. They belong in a jail, not in a bedroom, my mind insists as I try to lecture it about spectra. Ironic, since I have no trouble grasping the idea of a spectrum in a myriad of other contexts. But whip that single word "sadism"  in there and I have visions of a murderer jerking off at the scene of the crime.  Take away Christian Grey's millions of dollars and just try to tell me he wouldn't be rotting in a jail cell right now.

I've asked people about this hard block I have, and many have patiently tried to explain to me how everything I think I know about this subject is wrong. But without fail they'd do it in such a way as to reinforce at least some part of my selective literalism or detail fixation, and so it's been a slow, slow process overcoming this. Before I could tackle nipple clamps and neck bruises, I had to step way back and confront the first hurdle on this path: dirty talk.

Confession: I often forget to talk AT ALL during sex. I moan and I groan and at some point I sound like an enraged water buffalo, but I don't talk. It feels too good for words, for one thing, and for another I'm afraid of sounding like a broken record. There are only so many ways to tell your partner what they're doing is exquisite, and so many of those ways--the dirty ones--don't feel at all authentic to me.

Reading the linked article, I find: