Received this in my email today and had to share. Whoever the Father is at Our Lady of Martyrs, I'd like to shake his hand. 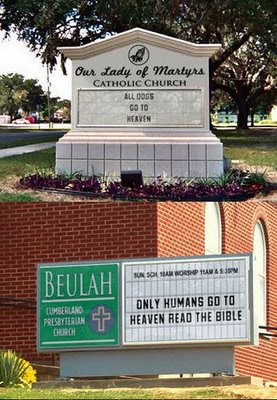 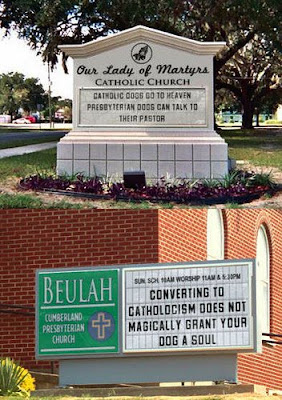 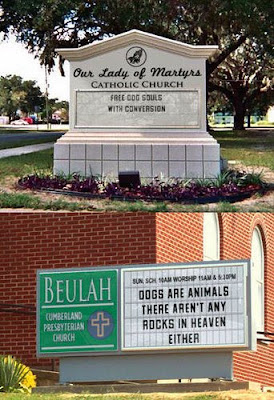 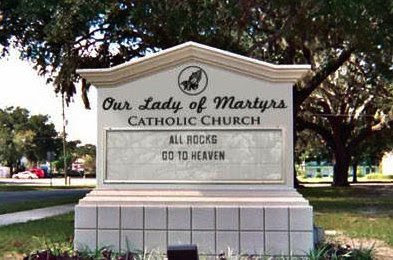 Incidentally, any heaven without dogs (or cats) in it isn't worthy of the name.
According to Catholic doctrine, body and soul are indivisible, thus one does not "have" a soul (or a body...one is both soul and body. This is perhaps the only belief both Catholics and New Agers share.)
Catholics--nearly alone among mainstream Christians--do not make a distinction between the chay nephesh (Hebrew: "living soul") possessed by man and that possessed by other animals. Other sects of Christianity will grant you, if pressed, that animals have souls...but not immortal souls.
Pope John Paul II, speaking publicly in 1990, said "animals are as close to God as men are." This is the same Pope who announced that Hell was not a literal place. Try telling that to your evangelical friends.
Why is this such a big deal? Because Christians the world over have justified all manner of animal cruelty by their Bibles, which (they believe) say not only that animals don't have souls, but that we are to have "dominion" over them.
I'm not re-embracing my Catholicism here--not even for the free dog soul!--I'm just saying it's nice to see a Catholic Father with (a) a sense of humour and (b) a willingness to stand up for animals.
on June 17, 2009