To All The Girls (and yes, a couple of guys) I've Loved Before


That title is, of course, from a song by Willie Nelson and Julio Inglesias. I hate it. Fans of these artists, please forgive me, but Nelson's voice sounds like a robot with a head cold to me and Julio is just so...swishy (and not in a good way). 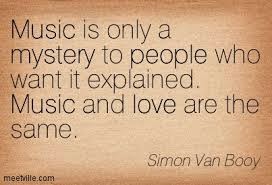 The first love song I ever sang to someone was a waaaay back in grade three. Unsurprisingly given how I turned out (and Laura had more to do with that than she'd have ever guessed), it's something of an unconventional love song: Let It Be by the Beatles. Laura was also the recipient of the first love-gift I ever gave, a little seal keychain with the words "Let It Be" on it.

"Let It Be", come to think of it, pretty much describes my current philosophy on relationships in three words.  They say hindsight is 20/20 (depending on the hind you have sighted), but it's a little scary to me to realize how early my beliefs and values started to cement themselves. In any event, the only people I wish I could dredge up out of my past--simply to thank them--are Catherine, Anna, Sonia and especially Laura. It sounds odd (grade three? seriously?) but my social/"love" life went comatose for many years immediately after that quartet departed from my world...and that "puppy" love turned out to be immensely valuable to me. 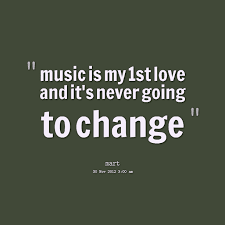 Everybody meaningful in my life after that ended up with at least one song, from Denise in grade 10 (oh, man, this one is SO much fun to play on piano!) all the way up to my most recent love...who doesn't even know this is "her" song).

Oh, and you won't either: for reasons of privacy, the songs in this compendium are carefully chosen  not to give any names away...though from here on out,  they'll be in chronological order and you're just going to have to click to see if "your" song is in here. (There people whose loves have burned strongest have two songs...and then, of course, there's Eva's songs, which I will credit. 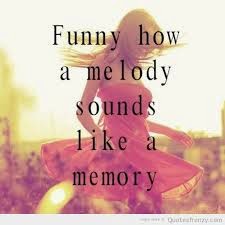 In some cases, these are songs we've played together...or maybe a song I played while you danced...and then there was the piece I only heard you play, and was blown away...the only time in my life I've ever dared to just wander backstage when I wasn't supposed to be there. You were the only person around and you showed me the music for that crazy piece, so far above my band's ability at the time...Your band won, as I recall...deservedly.

I moved away from Westminster S.S. before my OAC year (grade thirteen, in other words, back when that was a thing). I carried a torch for that school and the people in it...but by the end of that year I had realized there were loveable people in Ingersoll, too, even if I wanted them more than they needed me.... On to university, and music, as always kept me sane. It became a case of you and I against a harsh world. I found love there, too; it burned hot and bright for a couple of years, and then died just as hot and bright, and I call I say to that is don't ever make this song your first dance: it's a self-fulfilling prophecy. I saw a bridge and run across, eventually ending up a thousand miles away and on my way to more love still.

Maybe a little too much love, as it turned out, but we gave it the ol' college try, didn't we?  Until I stopped trying and spent several years emotionally dead, bereft of love and having lost the music.

Then I met the greatest love of my life. Right from the very beginning, there was music there...and it took us to some places far, far away....and back again, down and then back up an aisle in an Embro church, our first real steps together in a long, charmed life that wouldn't be a life if I didn't have you in it. And lest you think the songs dried up more than fifteen years ago...there's this one, which is recent; this one, which I proclaim "our" song for this phase of our life together. Because "life is ours, we live it our way". Because "trust I seek and I find in you". And as far as that goes, nothing else matters.

And that is where, in a "normal" person's blog, I'd have stopped.

But of course I'm not normal, you all know that by now, and stopping isn't in my vocabulary when it comes to love, try as I might sometimes. 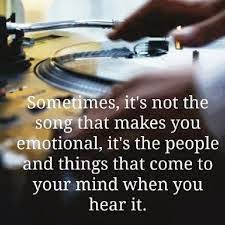 There are, of course, other loves, people whose happiness is in some way essential to my own.

Like a beloved enchantress...the sheer depth of that love blindsided me...me, who had and gave so much love already. Like someone who is like a  melody in my head, that I can't keep out.; who brought me so many new melodies.

And always more to come, because, like love, the song never ends.