How does stuff like this ever see the light of day?

The answer to that question is at least as troubling as the article itself.

I have long stated that I am ashamed to be male, to share a gender with so many predators and insensitive buffoons. According to this article, that's all a sham, a façade: because I'm male, it's "human nature" that, in the absence of social boundaries dictated by conservatives, I will bust out and rape me some women. I stand accused of virtue signalling.

Virtue signalling is a relatively new term in the English language. It describes the public expression of "correct" opinions, with the implication being you don't REALLY hold those beliefs, but wish to appear that you do. Both sides of the political spectrum do it among their in-crowds, except, of course, the Right has a different set of 'virtues'. So one woman might tweet from a Walmart parking lot about the need to keep local stores profitable; an evangelical man might tell his colleagues about the evils of homosexuality three nights after his glory hole experience. Virtue signallers are not automatically hypocrites, but...semiautomatically?

I've railed against virtue signalling in the past. In the aftermath of an atrocity in, say, France...within seconds Facebook will be abloom with French tricolour flags. Hell, I announced myself that je suis Charlie in the wake of the Charlie Hebdo massacre--when, as I just wrote, I have grave reservations about free speech. If I'm honest with myself, I was championing Charlie Hebdo because I happened to agree with the "offensive" content they were putting out.

NOT THAT I WOULD HAVE FELT THEY DESERVED TO DIE if I DIDN'T agree with that content. And that's the other essential ingredient in the phrase "virtue signalling" is that it's assigned to a person or group of people by someone who really doesn't have the first clue what that person or group of people really thinks. When you say I'm virtue signalling, how do you know I'm not sincere? To borrow a phrase from really shitty reality television, "you don't KNOW me."

It just so happens that if you want to really infuriate me, one sure-fire way to do it is to question my sincerity. I'll grant that some of my more extreme (by society's standards) positions require me to prove that sincerity, but on something so basic as a woman's right to be free of sexual interference from men? You think I'm virtue signalling that? 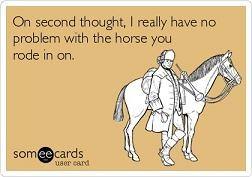 The National Review seems to think my position is "leftist" and extreme. Conservatives, the article says,

Conservatives have long proclaimed that men, left unchecked, will act like pigs with regard to women. We have recognized that men tend to see women as potential sex objects and, without social boundaries, will treat women that way.

Got that, folks? The only thing keeping me from raping women is a social boundary that "The Left", that monolithic entity, has chipped away at for a couple of generations now.

I can't even follow the logic chain here, I keep derailing. Okay, so sex was first decoupled from parenting (that happened thousands and thousands of years ago all over the world, the invention of the Pill just made it obvious). Then sex was decoupled from marriage and even (gasp) commitment, and then we went and did away with chivalry. So we've created a world in which (according to conservatives) sex is free for the taking, in which pig males are "naturally" going to indulge their "capacity for sin".

Oh, I hate when phrases like "capacity for sin" enter the discussion. Because I don't need some dude on a cloud threatening my immortal soul in order not to act like an asshole. Here's a thought: DON'T ASSAULT WOMEN. Not because it's a "sin", not because society has changed  and now there's these scantily clad women everywhere...just because assaulting women is a crime.

You don't hear this about other crimes. You don't hear that, well, now they have these things called "banks" where all the money is just sitting there free for the taking...and society is always saying there's inequality between the rich and the poor...I know! I should rob a bank!"

The Vice President of the United States, Mike Pence, lives by a rule: he won't have dinner with a woman not his wife, nor will he attend any function where alcohol is served without her by his side. Christians claim this makes them virtuous. Me, I claim it makes them weak.

I have dinner with women not my wife regularly. And I live within a paradigm in which "women not my wife" CAN be sexual partners. I haven't raped anyone yet. Haven't even thought of it. Not once. And women know that, too, because I keep getting invited.

Does this make me some kind of amazing person? FUCK NO. This makes me a human being with a shred of decency. I am not afraid that, even with some alcohol in me, I'm going to turn to the nearest woman and act all "presidential", i.e., grab her by the pussy. I'm not afraid that, without Eva there to restrain me, I might whip out my dick and show it around. I'm not in the slightest concerned that, absent "social boundaries", I will violate a woman. Do you know why that is? Because even if there are no "social" boundaries, there are PERSONAL boundaries, and they matter considerably more.

What the National Review is saying is that men don't know how to respect personal boundaries. Well, it's on us to TEACH them, then, isn't it? It's not the fault of society that men rape women. It sure isn't the woman's fault when a man rapes her. And can we do away with this "it's human nature" bullshit? A man CHOOSES to objectify a woman. He CHOOSES not to get her consent. He CHOOSES at every step to be an asshole.

Really, this kind of twaddle from a party that used to be all about personal responsibility, and now goes out of its way to defend the Roy Moores and the Donald Trumps of the world? It's unbecoming. It's disgusting. It's NOT ME.

And that is NOT virtue signalling.