Today, I leave Walmart, and hopefully retail, behind me for good.

Eva read my first effort at this blog, pronounced it wonderful, and then asked me if I wanted to have a bunch of high-powered lawyers sicced on me. Sigh. No. Let's try again.

Last week, I was called into the office and informed that I would be going back on straight nights, effective July 7. Sunday and Tuesday nights off. Or, if I didn't like that option, I could maybe move to afternoons, but my hours would not be guaranteed

I started on straight nights there on April 1 three years ago. At first, I really shared the spirit, and the passion I had always had for the business was recognized and rewarded. I was promoted to Department Manager of Meat in August 2016.

Five months later I sat in an office with four assistant managers and the Store Manager himself, all of whom echoed variants of "you were not set up for success". This was undeniably true: the woman who trained me did not know the job herself. I was moved to Pets and Seasonal, but still went untrained. Then I was put back in dairy and frozen.

Now I'm being asked (no, told) to go back on nights. Right back where I started.

I have no problem with the shift itself. I've gone on it, temporarily, to help out, several times. I have EVERY problem with what nights does to the rest of my life, and no least desire to go back on them permanently.

This reason in and of itself is sufficient to leave. It is far from my only reason for leaving, and here is where I must tread carefully.

I have been, to put it charitably, misinformed countless times on matters of both professional and personal import. I have watched as some of the best colleagues I ever shared a sales floor with anywhere grew disillusioned and left. One of those colleagues was told they'd "never amount to anything". Needless to say, that prediction has already been thoroughly discredited. Policies were selectively and haphazardly enforced; so were accountabilities. There were numerous competing agendas and it was difficult at any given time to determine which was ascendant. Most distressingly to me, I never felt as if my voice was heard. Not once.

It hasn't been all bad, of course. In any job, it's the cow-orkers that make it bearable. The people I will miss orking cows with most are as follows:


HALEY.  Here's how wonderful a person Haley is. I was promoted into a position that she applied for, which should have been hers by right. She was asked to train me. Somehow, she did not hold that against me, even when I proved to be not so good at the job -- through no fault of hers. She later became my "boss", but we always treated each other as equals, and we have become friends.

ALEX. There's something about receivers...every single one of them I've ever worked with was cantankerous and ornery, with a perfectionist streak. Alex exemplifies the breed, but underneath he's actually a really nice guy. I'm not supposed to say this, of course. He told me he'd be very upset if I characterized him as anything other than an asshole. Well...he's an asshole I enjoyed working with.

KATHLEEN. My favourite person from the night crew, she always seems to be smiling and burbling away, and music comes out of her pocket! (My phone's battery would never last the night streaming music, and its speaker sucks anyway).

and CAROLYN. She started on maintenance on nights with me. Our maintenance team was outsourced and she managed to stick with the new company and move to days.  Soon after, I moved to days myself. Avid reader -- one of only three people I know who have read Guy Gavriel Kay, and that because I lent it to her -- devoted mother, and friend. You're amazing. 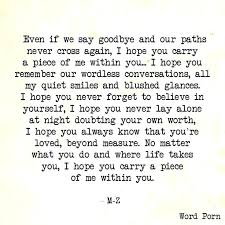 I truly hope that this is my last retail adventure. It's getting hard on my body, and even harder on my soul.

I am sorry that Walmart treated you so shabbily these last years. You seemed pretty happy there for a time. I hope things go well in your next endeavour - you deserve good things.

I was catching up on your blog. Lots of really good stuff lately that I had missed, and things that would make for great conversations - there is so much in some of your posts I feel like I don't know where to start.

I am very sorry for the loss of your aunt Dawna. she sounds wonderful.

Thank you, karen...you're always chock full of compliments. I haven't told the half of what's going on around here this summer...the ups and downs could give a person whiplash.
I would love to engage on any piece of any topic that catches your interest. You are very easy to talk to.