The Job and Life In General 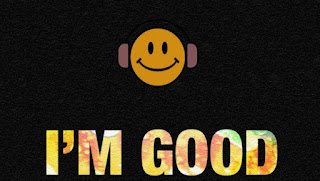 I was supposed to be on holidays as I write this. They were approved and everything.

But they were approved at my old job. I can look out the window at my new job and see the building I used to work in. I'm not there anymore, and I'm glad. About the only thing I'm not happy about is that if I were still with Walmart...I would be on holidays as I write this.

Kind of says something when the best thing you can think about to compare your old job to your new one is that if you were at your old one still, you wouldn't be working right now.

This job could not be any more different from the last one.

Let's start with the hours.

I got lucky with this schedule and I know it. Partway through my first week of class, I was given a sheet with seventeen possible schedules on it and asked to select my top five most preferred. They told me they would try to get me one of my top three, but couldn't make any promises.

I surveyed the choices on offer. Ideally, I'd want weekends off, since both Eva and Kathy work weekdays. Only two schedules ran Monday to Friday (11:30-8 and 12:30-9), so those instantly became choices one and two. Failing those, Sundays off are important because of Grand River Unitarian. Lots of choices allowed that: I picked three of them.

Imagine my surprise and delight the next day to find out I got my first choice of schedule.

Eva and I have essentially flipped: she used to work afternoons and I had those early morning shifts. I do see a little more of her now, due to her drastically shorter commute and the fact she starts work two or three hours later in the day than I used to. It's not perfect, but it's better than it was.

Now, the job itself.

I sit for a living now. That's a huge difference. Before, my exercise consisted of about thirteen thousand steps a day, a substantial fraction of those dragging a heavy load. Now? I'm getting winded reading that last sentence.
Actually, it's a positive in one way: it's forced me to eat a little closer to properly. Until the end of June, I was stuck in a vicious cycle: I'd come home from work hungry enough to eat the asshole out of a dead camel, proceed to do just that, and wake up the next morning still full of dead camel, far too full to think about breakfast. I have cut my caloric intake roughly in half, and breakfast is once again a thing. Nevertheless, I have put on a few pounds. Further effort is required.

Right now, things are very slow here at work, which explains the uptick in blog entries. Yes, if I am not on task, I am allowed to blog, play games and surf. I am most emphatically NOT allowed on any form of social media, but oh, gee. It's not like I can complain or anything. This low volume is not expected to last, but I will enjoy it while it does.

And there are perks. I am, for instance, paid to take LinkedIn courses.
You read that right. One or two hours a week are deliberately set aside to take these courses. Some are mandatory, but I'm also free to take whatever I want.  So far I've taken some on effective communication and improving my focus. Much of what has been covered is a refinement of things I either already knew or would have surmised, but there are always things to learn and new ways to see. Expect things I have learned to pop up in future Breadbin entries.

Treats are fairly commonplace: it seems like once a week there's something in the lunchroom for us. Pizza, cupcakes, actual cake...Hmm. Might have something to do with those extra few pounds.  Team meetings are scheduled once a week for an hour, and after we've gone over the agenda, we play games. Today it was L-C-R (dead simple, but a lot of fun) and Uno Dare (haven't played Uno in something like 30 years, and never this variation.

So far it's just streaming radio stations online. I've been toying with getting a Spotify subscription -- many of the other agents here have one -- and I may do that in the future. But the radio has the benefit of being free. I'm alternating between CKLP Parry Sound (love their mix, although I'm discovering they do play the same songs every day) and Classical FM out of Toronto (which is lovely until an operatic aria plays).

Now if you can stand a whine amidst all this gloating...they won't let me wear headphones, supposedly for the same reason Walmart didn't -- it's a "safety concern, you can't hear what's going on around you". Like what, a fire alarm? Yeah, I think I'd hear that. But nope, earbuds only. I hate earbuds with a passion. They constantly fall out of my ears and when they're in they, they feel like sandpaper. They're also the reason I dive to stab the mute button whenever opera plays. Earbuds plus diva-shriek equals agony.
But given the choice between sandpaper and silence, I'll take the earbuds, thanks. They even supplied me some.

There is a bonus structure that will allow me to make the equivalent of up to $2.00 more an hour once I'm good at my job. By my own harsh standards, I'm not good yet, mostly because it's so slow right now that I'm not getting enough practice. But they are very happy with my progress, which makes me happy too.

Now, today was a bit of a rough day. I made two errors, one of which got fixed for me almost as I made it (lucky again), the other I couldn't fix but I could mitigate. And the reputation I got before accreditation seems to be persistent: on a floor with 30-50 other agents, it seems to be me who gets the ridiculous aberrations that require intervention two or three levels up. But the errors are expected at this stage of my development and there's nothing I can do about crazy tasks that stump my supervisor.

I'm going home to a happier house because Eva is very satisfied at HER new job. She now works for Open Text, one of the top 100 employers in Canada. The difference between where she was and where she is now is like the difference between night and day, if "night" is on the dark side of Pluto. I'll let her talk about it if she wants to; suffice it to say the benefits are otherworldly. And her commute is less than five minutes instead of forty.

We have been de-cluttering and cleaning around the Breadbin, something that, to be honest, we had been neglecting for some time. I'm not going to minimize laziness as a factor but I will add another: until the end of June, the collective mood had been somber, almost funereal, and it certainly didn't lend itself to expending any extra energy.
The thing is, though, it becomes a feedback loop. A cluttered, dirty environment yields a cluttered and dirty mood, which just makes the house dirtier and more cluttered, which...
Something had to give. And now all three of us, Eva, Mark and I, are giving a little each day. It's helping. It's helping a LOT.

I have had a succession of very special weekends and there are more to come. Expect pictures and a recap from the next two.

Life is good right now. We seem to be entering a stage of stability and mutual growth which is more than welcome, because to be honest, the last four years or so have been a real bucking bronco. Just when things started to look up, something would come along and knock us flat again.