Do You Believe In Magic? Part 1

I started writing this blog almost a year ago and scuttled it. I wasn't ready to tackle it. I may not be, still. Many of my readers, despite my best efforts, are going to bail. That's okay. I would ask that you try to give me a fair hearing: what I'm about to discuss is one of this society's greatest taboos, and like any taboo, the instinctive reaction we have is to mentally skate over it, either pretending not to notice it or actively recoiling from it. Yet taboos are sometimes created and reinforced to keep people away from certain frames of reference, and I think that's very much the case here.
__________________________ 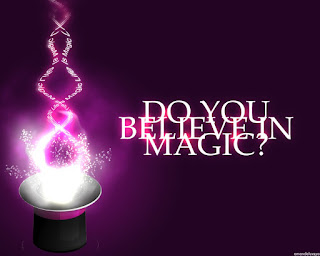 We live in a very rationalist world.

Note: I did not say rational. Human beings are irrational creatures; ironically enough, one of the ways in which we are most irrational is that we wildly overestimate how rational we are.

Rational: from Latin ratio, "reason". Something that is irrational is thus automatically judged to be unreasonable. It ain't always the case. And that's just one of the hurdles you're going to have to try and jump. Sorry about this. I wouldn't put you through this if I didn't deem it important.

Again, though: not everything that is irrational is unreasonable. Have you ever had a "gut feeling", apropos of nothing you could articulate, that something wasn't quite on the level? That's intuition (also from Latin, in tueri, "to look upon"). That's a very telling derivation: intuition can be said to be a different way of looking upon something, one that bypasses our reason. It doesn't make what is seen any less valid. In fact, often intuition is more valid than reason, even if you can't explain it.

Rationalism is the belief in reason, often in reason alone. Our society runs on it. It ignores other modes of thinking, and if it can't ignore them, it makes fun of them.

The word "magic" comes from Ancient Greek--"the art of a magus". That's not helpful. (Don't you hate dictionaries sometimes? "Potato, n. A farinaceous tuber." Gee, thanks.)

So magus is older than Greece...it's of indeterminate Iranian origin, predating Persian, and it meant "priest", especially of Zoroaster. (You may recall the plural of magus from the Nativity story: the three Magi.)

One might say that magic is ultimately religious, then, and one wouldn't be too far off. Spiritual might be a better word. Still, in today's modern, oh-so-rationalist world, there's a stain on all three concepts. Spirituality is often scoffed at;  religion is routinely openly mocked; and magic is so ridiculous that it has been relegated to sleight-of-hand card tricks like pulling rabbits out of hats.

I'd like you to reframe your mental definition of magic. Right now it's probably something like "the things Criss Angel and David Blaine do, which are impossible until somebody explains them, and then they make perfect sense." That's not actual magic. That's all our rationalist society allows magic to be.

The definition I would like you to imagine instead is both even more innocent and potentially much more threatening. It comes from a writer named Dion Fortune. It is this:

Magic: n. "the art and science of causing changes in consciousness according to will"

What does that mean, exactly? And is it farinaceous?

It means intentionally creating a change in the way you, or others, perceive the world.

Put that way, you can maybe begin to appreciate you've been practicing magic your whole life without knowing it. Just today I bet you've casted many spells. Yes, you have, consciously, casted spells. Bear with me as I drag out the etymologies again:

Cast: v. From old Norse kasta, "to throw or spread; to mould".
Spell (now here's an ancient word): from Proto-Indo-European, "to tell"--there's a reason we still use this word to describe how words themselves are formed.

So yes, you have moulded what you tell in order to change someone's way of perceiving something. I'm attempting to do so right now, to change how you think about magic. Abracadabra!

Is it working? I'd like to think I've demystified a word, given it a rational meaning that makes sense. It means that everyone is a mage--which is another word for magician. It's just that most of us don't think of ourselves that way. The ones that do, though....you might be surprised at what they can do.

Let's start adding some depth here, because the kind of magic I have so far described is basic, basic stuff. If this is all there is to magic, there'd be no reason for it to be so mercilessly minimized and mocked. Still, let's keep it less threatening and common.

You probably mould what you tell yourself quite frequently in ways both simple and profound. If you are stressed, perhaps you imagine a 'happy place' and yourself in it and thus change your mood and the way you perceive the stress. That's causing a change of consciousness according to will. In other words, it's magic.

That word, "imagine", is actually from Latin imaginare, meaning "to form an image of, to represent". I personally think this word is EXTREMELY magical, because forming an image of something in your mind is the first step in what rationalists would say is "accomplishing it" and mages would say is "willing it into existence". When I imagine something, I like to say "I, mage" -- reminding myself that I am a magician and imagination is magic.

Often magicians will use actual physical representations of something in their work. You're probably thinking voodoo dolls here, and that's a good example even if Hollywood has wildly misrepresented what voodoo actually is and does. (Most priestesses of the Voudou faith NEVER attempt to cause harm to someone; doing so can have unintended consequences.)
There are other forms of representation, though, that can make Hollywood's worst imagining of a voodoo doll look tame. I'm thinking here of sigils -- which are symbols of what the magician wants to achieve. Those can get dark indeed. But I'm getting well ahead of myself and you're probably tuning out. Let me drag this back.

For people with anxiety, imagining a "happy place" often doesn't work. A stronger spell must be cast (again, if you're having issues with those words, reframe them as 'a more persuasive method must be used to mould what they tell themselves'.) How do you cast a stronger spell? One way is through ritual. Yes, I'm about to reference an actual magical ritual, one that science has proven to work. Shhhh: don't call it magic. Scientists HATE that word.

The ritual is called "grounding". Here's how you do it:

When you are suffering a panic attack, take a deep breath--or better yet, several. Breathing is not just how you stay alive: deep breaths trigger a reset of your nervous system. Concentrating on your breathing is also a good way to expel distraction.


Performing this ritual (and if you have a problem with that word, go ahead and call it an 'exercise') will center you in the here and now and it should alleviate your panic. This is CLEARLY changing your consciousness according to will. In other words, magic.

At this point, if my readers haven't bugged out or died of boredom, they'd likely concede that I haven't...quite...lost my mind. They might agree, tentatively, that what I'm describing MIGHT be called magic, and if I choose to call it that, so be it. I can't resist noting that "so be it" is an incantation--in other words, a spell. Jean-Luc Picard on Star Trek: The Next Generation rephrased it as "Make it so". Christian prayers end with the word "Amen"...which means exactly the same thing.

Do prayers work? Under certain conditions, if they are 'cast' properly, yes, they can. The problem is that most people don't pray properly. I was taught more than twenty years ago--in a Lutheran church--that the ONLY effective prayer is a prayer of gratitude. In other words, god/life/the universe isn't a wishing well,  Changing wanting something you don't have into gratitude for what you do have IS in fact a change of consciousness in accordance with will. Religionists hate the word 'magic' almost as much as scientists do, and for much the same reason: it's a gap in their understanding which threatens their worldview.

I will admit that most of you folks out there are still probably stuck in a rationalist mindset. Okay, so magic exists, so long as it's something I can explain. That's okay: this is merely an introduction, and I'm trying very hard not to scare anyone. You can, however, be assured there are actual magicians at work in the world today, accomplishing things both wondrous and dark. Some of them are using the internet. That's right, some of the memes you see actually have magical intent.

More on this soon. 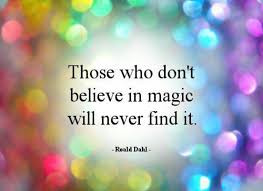 Wonderful! Wonderful! Wonderful! This is what I have been thinking for many years but have not had the patience to write about. In therapy we call it “narrative therapy”. We work to heal how the story is being told. A great deal of the tension in politics today is because of battling narratives—who is actually telling the truth, and who is spinning lies? Thank you for this. Thank you!