This blog is a challenge.

Kathy does not like being the center of attention. Many don't, but she really doesn't. She was downplaying this 50th birthday before 2020 even started, saying she didn't want a party or even gifts. When I told her I was reduced to writing a blog for her birthday, she hesitated an ungodly long time before saying "less is more".

Well, when it comes to her 5'2" stature, truer words were never spoken. For someone who often laments her height or lack thereof, she casts a long shadow.

I have only known Kathy for four of those fifty years of hers. I am very conscious of that, never fear. But they have been four intensive years. I daresay we have had more honest, real communication in that timeframe than many partners do in ten or fifteen years. She has brought me around to various sites important to her childhood, and told me the stories about those sites and others. I've come to know her reasonably well, I should think.

Without indulging in too much of that mush she hates, I hope I can just say this: she deserves the spotlight she shuns.

Kathy doesn't consider herself special, and that alone makes her special in a world stuffed with narcissists and egomaniacs. But there's much more to her than modesty and humility. She's been a single mother to Jade for as long as I have known her, and single mothers are among the most resilient people on earth: they have to be.

Kathy grew up the eldest of three, a sassy tomboy who did well academically but struggled to fit in socially, at least until grade seven when she befriended several people who are still close to her today. Those friends are cherished.  Her family, which is almost incomprehensibly large to me, is very important to her as well. And there's her job, a job she has held for nineteen years. She's a linchpin -- the place falls apart when she goes on holiday for a week -- but, well, let's just say that fact goes unrecognized and leave it at that. I tend to go full-on rabid on this topic. It's sad, but forgivable, that Kathy doesn't treat herself as if she's special. It's angering and unforgivable, at least to me, when others don't treat her the way she deserves to be treated.

She sees herself as little, as lesser, as if she is living a life without meaning. The first two are emphatically false no matter how many people mistreat her, and the third is up to her, something she has firmly grasped of late, to my great joy.

She was raised to be self-reliant and instilled with a strong work ethic and set of values that served her in good stead helping to raise Jade. She is a giver, putting herself last as a rule (and to a fault, he says, gently)...and while she has struggled with bouts of depression that have threatened to douse her flame, that flame still burns brightly. She's still looking for a passion to attach that flame to, and when she finds it, look out world.

Kathy has had several nicknames through the years; I am privileged and honoured to have been allowed to call her by one her maternal grandfather had for her: KitKat. That same grandfather gifted her with one of her most cherished memories of childhood: he was a driver for Beatrice, and Kathy, at about five or six years old, got to go on a run with him. She distinctly recalls sitting on an overturned milk crate, drinking Beatrice lemonade and sharing sunflower seeds with her grandpa, talking and laughing.

Talking and laughing. Two other things she's famous for.

There is so, so much more I could write. So much more I feel I should write. But less is more, she says, and  I'll settle for this: Hon, you've done more living in 50 years than you realize. Your life is not over, in many ways it's beginning anew.  You don't look even close to 50. And the Kathy I see is young at heart, too.

Here's to another fifty years of buttery, flaky, crispy...uh, crustiness. 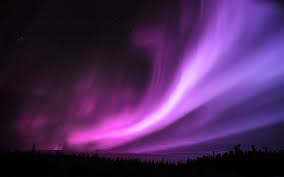