This word calls lots of things to mind. Besides my bowels, which have turned to water today for some reason.

I'm not a strong swimmer -- hello? physical activity? -- but I can at least swim. I can still recall the swimming lesson where I was pitched into the water without warning (but with a life jacket on, at least). I never really understood what that kind o thing is supposed to accomplish. It certainly didn't instil in me a love of swimming.
Neither did the seaweed in Gut Lake.
Gut Lake is one of the smaller lakes in Grundy Lake Provincial Park. I spent a fair chunk of time camping here in middle to late childhood, and on one occasion, memorable for all the wrong reason, I I dove off a floating dock and found myself entangled  in clutching, grabbing greenery. No huge drama here, I didn't almost drown or anything, but it did give me a hell of a scare.

So swimming isn't something I'm wedded to. Not like Eva. Eva is a water nymph: she comes alive when water touches her skin. Back when she was Eva-squared, it was the only way for her to exercise comfortably, but it's a lot more than that. It's comfort, period, to her.

No, I'm not a huge fan of being in the water, but boy oh boy do I love to see it. Behold: 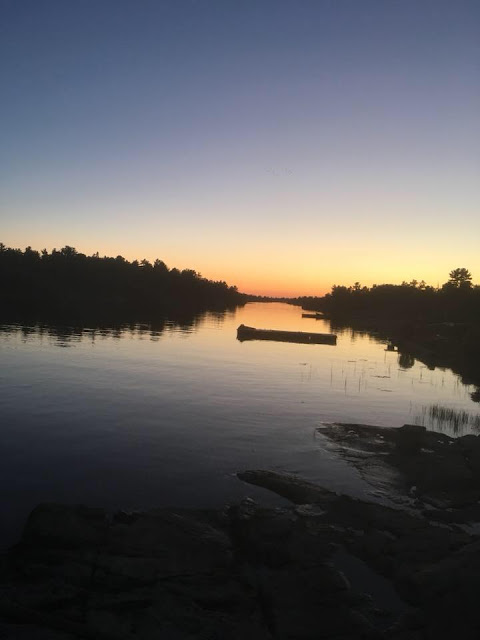 This is my dad's place on the Magnetawan River, looking west, towards Georgian Bay.  There is nothing more relaxing to me than sitting within view and earshot of this water in particular, lapping at the shore, spoiled only by the insectile buzzing of motorboats (and the inconsiderate wake they kick up at speed). 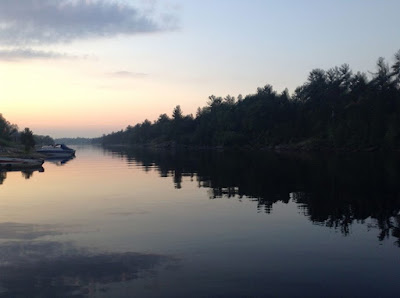 Looking east this time, towards Britt and Byng Inlet. 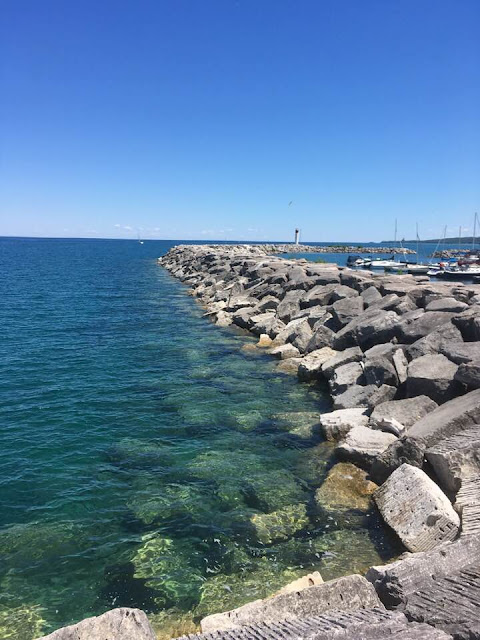 Meaford, July last year, on a road trek with Kathy. This is one of the best pictures I have ever taken, in my estimation. 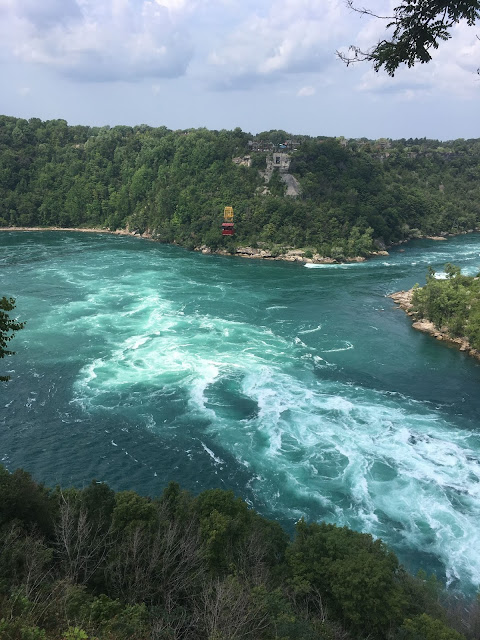 You may recognize the famous Niagara Whirlpool. Taken on a blisteringly hot day in August, 2018. 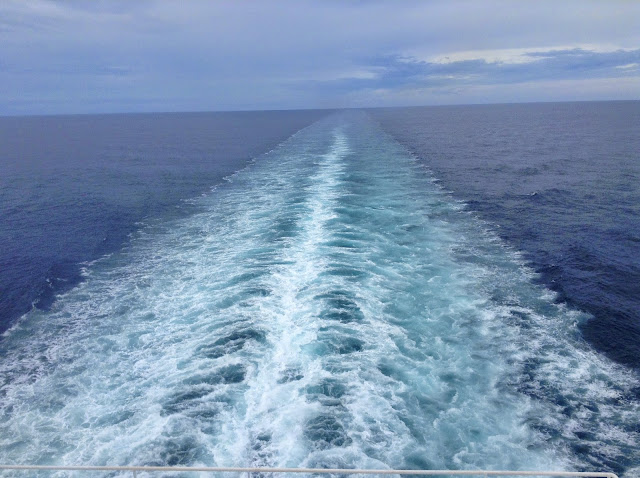 The wake of the Carnival VICTORY, churning out of Miami, 2014. Eva and I spent a fair bit of time just chilling on our balcony here. Although "chilling" isn't the right word. I never thought I would be running to get INTO 40 plus degree air, but I gotta tell ya, that ship had the air conditioning set on NORTH POLE.

Lakes, rivers, waterfalls, oceans....I love all of them. For me, water is an essential part of any landscape that goes on my wall.

Drinking it? I know I am supposed to. And I do, at work. But I prefer it flavoured 95% of the time. That other five percent...sometimes nothing satisfies like ice cold water.

We get our water from Watersmart Systems, 1000L for $120. That lasts the three of us about five months. I never thought I would be buying water this way, but the tap water in this city is not fit for human consumption. You won't hear the city saying as much, they'll tell you it's perfectly fine, but my taste buds say otherwise. So did those of our late dog Tux...he wouldn't drink tap water in his bowl, ever. And I couldn't blame him. It's the only water I have ever had that made me thirstier the more I drank it. Chalky, often discoloured, and harder than that math exam you never studied for.

Pot, kettle, etc, but even though I get my water in 19.5L plastic jugs, if I could outlaw single serve plastic bottles of water, I would do it in a heartbeat. Mostly to screw Nestle over...I have no respect for that company whatsoever. Its former CEO did not believe water should be a human right. I'd like to see him (it's always a him, isn't it) go without any for a couple of days. Maybe he'd change his tune.

Water came into our house this year, in a historic January rainfall. Our carpet in the basement was completely waterlogged and had to go. We're in the process of redoing it down there: hopefully we're not flooded again.