The last blog I wrote was about Tom and his miraculous (yes, that word has been used, justifiably) recovery from Covid-19. He continues to recover, and hopefully will be able to drive again before too much longer. I know he's profoundly grateful to be alive. I also know that he has had, by far, the crappiest 2020 of anyone in my circle,  and when I tell you how crappy my 2020 has been so far, I am in no way trying to suggest some sort of equivalence. Got it? In no way.

I had a sore throat and dry cough come out of nowhere in mid-March, while I was at work. In normal times, I wouldn't have paid much attention; I certainly would have finished my shift. But back then, every tickle and cough was grounds for alarm. And more than a tickle and a cough, I heard a voice in my head telling me in no uncertain terms to GO HOME. NOW.

I don't hear that voice often. I heed it when I hear it. I came home, called Telehealth Ontario, and they told me I was to shelter in place for 14 days. This was just before the Canada Emergency Response Benefit (CERB) was announced, and so for a couple of days we were seriously concerned about how we'd get by without that paycheque.

But hindsight being, um, 2020, it's a damned good thing I did come home. We took the quarantine order seriously, and that meant not allowing Tom to visit. He's been a near constant in this home since Mark moved in here four years ago, visiting almost daily. Right around that time, Tom got Covid-19...for damn sure, if I hadn't come home from work sick and gone into quarantine, he would have come in here and infected us all.

Not that we don't think Eva had Covid-19 already herself.

She was deathly ill, as sick as she could ever remember being, towards the end of December--fever being the most prominent symptom, but she also had the cough, and the difficulty breathing. Now, I know that Covid didn't make an official appearance in Canada until two months later. Anecdotally, I've also heard from many, many people who were extremely ill with Covid-19 symptoms as early as October. I'm not one for conspiracy theories, and I'm not even sure this would qualify: to what end would you push a virus infection trajectory forward in time?  But we wonder.

Sadly and maddeningly, Eva had a relapse towards the end of my quarantine -- fever again, that persisted for weeks. Maybe that was the virus, who knows. She wasn't as sick as she had been in December, but she was far from well, and that prolonged my lockdown. Thank heaven for the CERB.

Eva finally recovered and  got back to work in mid-May, thankfully from my basement at home here...and it wasn't long before the glasses I knew I needed as early as January became a great deal more imperative. I was suffering from crippling migraines first on some shifts and then on all of them, and I had to take another two week leave of absence while I waited for my glasses to be manufactured.

As if that wasn't enough, I then came down with what we believe is a persistent bacterial infection, on top of an ulcer, and that's been making my life miserable for almost three weeks, off and on. Nausea, occasional vomiting, frequent diarrhea, and most notably, waves of severe cramps that would kick off after I ate anything at all. Sometimes even after drinking a mouthful of water. In the past week, I have averaged less than one meal a day.

I have missed more work since March than I have in the rest of my career put together. I am sick and tired of being sick and tired. They have been remarkably patient with me, far more patient than I have been with myself. Maybe that's in part because when I have worked, I've done extremely well. I actually made bonus for June, only the second time I've done that.

I go back again tomorrow. My doctor anticipates a few more days of illness, on account of the side effects of these antibiotics being a carbon copy of the symptoms I am trying to eradicate (grr)...but we hope that this is the end of this and every other malady for a long, long time.

Mentally, I'm a lot better than I was from March through May, thanks to that old standby, Trintellix, and also thanks to Tom's incredible story. There was a time back in April when I was struggling against the recurring suspicion this goddamned virus was just going to pick off everyone I loved, one by one by one, saving me for last. Tom's recovery forcibly rewrote that narrative in my head. We're very cautious, but life around here has returned to something almost normal for the time being. (I suspect we're in for it next month: opening schools is a mistake.)

Tom's tale isn't the only positive to be taken out of this benighted year. I've been able to get away on three road trips this summer, which is maybe only one less than might have happened in a more normal year, and each trip has been amazing, especially the one last weekend to Tobermory.

The best pics from each trip: 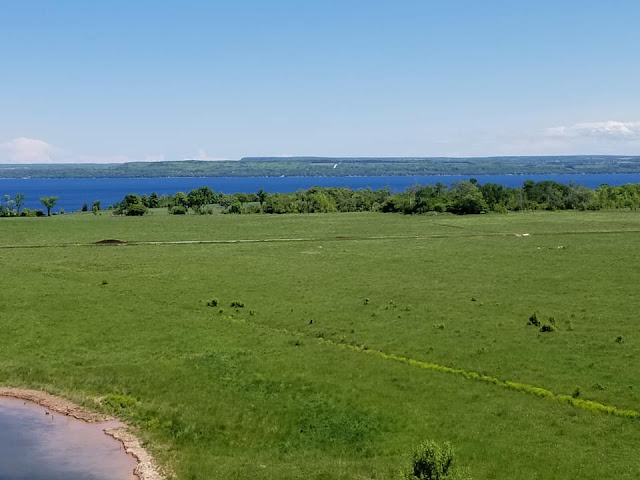 We specialize in "left-right tours", sometimes with no actual destination in mind. Even when we do know where we're going, I am empowered to shout out potential stopping places in the event I see something picturesque. This was one of those random stops, not far from Kemble. 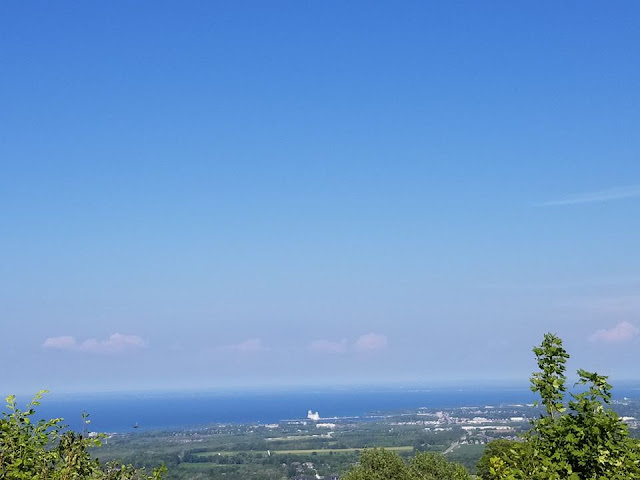 From the top of Blue Mountain, in Collingwood. 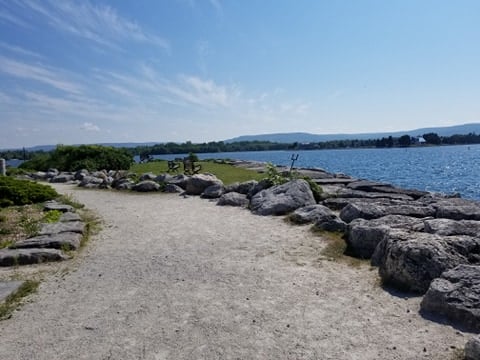 Also from Collingwood, along the waterfront. 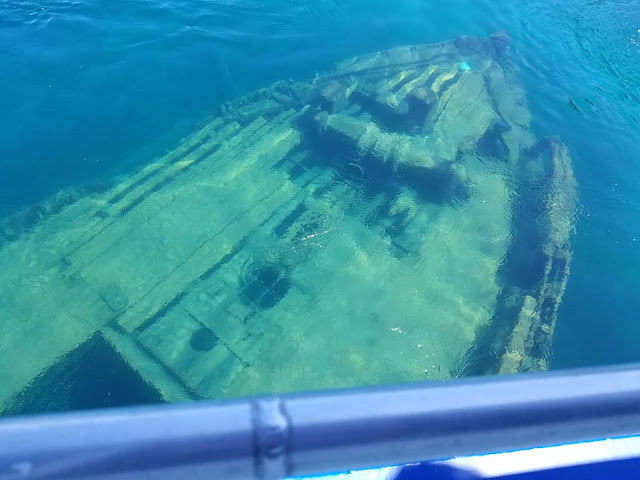 The Sweepstakes, which sunk in 1885 off Tobermory. 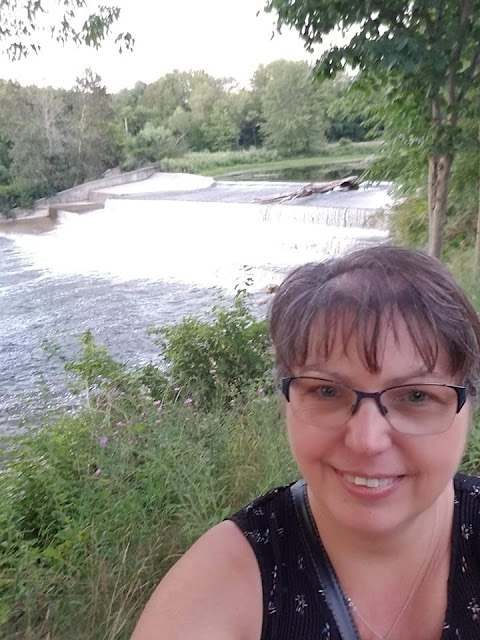 Hanover Dam, and as if that scene wasn't pretty enough... 💜

These trips are far from exotic, but each of them has been to someplace new to me, and the scenery has just been gorgeous. Definitely the highlights of my summer. We're hoping for a couple more road trips this year -- one along the Erie shoreline, one to Forks of the Credit Provincial Park in the fall, and maybe a trek to Muskoka. Next year, or maybe the year after, we want to do a circle tour, two or maybe three nights: Tobermory - South Baymouth - Little Current - Sudbury - Parry Sound - home.

I hope this year doesn't have any more curveballs. It's amazing what you can get used to, but I'd prefer not to have to get used to any more, thank you.

I have spent some time, over the last couple of weeks between waves of cramps, reading this blog from 2015-present. I've noticed a few things. I have written the same passages about the same topics, over and over and over again, told the same story twice a month or six weeks apart... I also feel that the quality of my writing has markedly declined in the last year or two. I really do feel like there's not much left to write that hasn't been written. If any of my readers are interested in my take on any topic, please do chime in. Otherwise, this Breadbin will continue to be a very occasional indulgence.

In the meantime, stay safe and healthy, everyone. Love to all.