So this is something I believe: 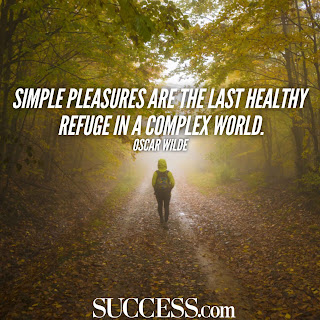 I could never act rich.

I could be rich, sure. (Not too rich, though--hell no.) But I could never act rich, because it's just not me.

What does acting rich mean to me? It means dressing in hellishly uncomfortable clothes, for one thing. I don't care if your whole wardrobe is bespoke: it's not as comfortable as sweats or even jeans, and it's a helluva lot less practical than either.

Acting rich means eating "food" that I have less than zero interest in. I've tried both caviar and escargot: they're both disgusting.  Maybe roast aardvark in a whooping crane snot reduction is delicious: I'll never know because if I'm going to spend even  $100 on an incipient turd, it better be something I know I'm going to love until it turdifies. Besides, it's axiomatic that the more you pay for food, the less you get. That whooping crane snot might be to die for, but you can bet there's MAYBE one booger on the plate.

Acting rich means having more than one house but still just the one body, and so the additional houses just sit there, monuments to conspicuous consumption. There are homeless people. There are more vacant houses than there are homeless people, and yet we should all aspire to own more than one residence? In what universe does that even make sense?

Above all, acting rich by definition means acting like I'm better than you poors -- and I'm not. I never will be...no matter how much money I happen to amass.

Yes, I know there are rich people who aren't condescending twats. But money has a way of corrupting people: watch the family aftermath when a rich grandpa dies for all the proof you need of that. Look at Jeff Bezos, worth more than several countries and his workers are fired for going to the bathroom. And I know people who DEFEND this.

I'm always being told I envy the rich. Really, really not.

I am a simple man, with simple tastes. I used to have a materialist streak ten miles wide. Being poor killed that dead, and I'm quite frankly a better person for it in many, many ways. I spent my twenties torching money, including more than ten thousand dollars spent over eight months on nothing I have any more or can even remember, for the most part. Why cook when I could order in? We all ask that question. I asked it twice a day, every day. Like one song? Buy the album! Hey, let's go spend the afternoon in the arcade, burning through a couple rolls of quarters! And so on and so on.

I mean, part of this was just the natural snap-back reaction I had to being so heavily restricted when it came to money growing up. Rarely did I ever get any. Even money I earned was to be deposited in the bank without fail or exception, and that's how I had ten grand after all of first year's expenses were covered. All of them: tuition, books, residence fees, dining hall fees...I had depleted that dining hall account, which was supposed to last the school year, by shortly after Christmas.

I could blame my mom and stepdad for rushing me out of the house woefully unprepared for adult life. Or my dorm-mate and close friend Jason, who was my polar opposite, for not reining me in. (He told me, years later, that he wished he could step in, but knew I would resent him for it, and he was right. I had to learn that lesson for myself.  That I didn't WANT to is my fault and my fault alone. It took Eva's limitless reserves of patience, and I sincerely believe you can credit her with saving my life, metaphorically if not literally.

I worked nights at 7-Eleven and Little Short Stop, and everything I ate -- I do mean everything -- went on a charge that was due every payday. I held back enough money for rent, which also included utilities, and the rest of every cheque was devoured by that charge. At its worst it approached five hundred bucks a month. That was the life I was living when I met Eva. Over a period of at least two months and probably more like four, she weaned me off that charge...mostly by reintroducing me to actual food. There's one thing that hasn't changed since I was twenty: eating food is lovely, cooking it is a royal pain in the posterior. At long last, I am (kind of) learning how to cook: I say "kind of" because this is basic, basic shit, memorizing proportions, temperatures and cooking times. Proportions, temperatures, cooking times, and a very, very few simple verbs. Verbs like "boil" or "stir" or "flip". I'm good with "flip".  NOT verbs like "caramelize", "poach" (I don't want big game hunters in my kitchen, thanks) and ESPECIALLY not verbs that provoke blood and severed thumbs such as "carve", "chop", or "mince". I shudder at "mince".

So yes, I like my food simple. Comfort food. Meat and potatoes, burgers, hearty soups and stews...the stuff you can get in restaurants that don't require you to dress for a wedding or a funeral. I like my clothes comfortable: the absolute best thing about this pandemic has been being able to work from home in clothing that isn't constantly annoying me by being itchy or chokey or otherwise unpleasant.

And then there's travel and other experiences. 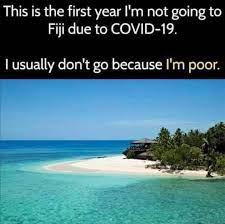 Actually, I don't care if I ever see Fiji, or Bora Bora, or any of those tropical destinations. Too damned hot. And I'm sure people will correct me on this, but beaches are like shopping centres: you've seen one, you've seen a mall. I could spend untold  tens of thousands of dollars touring Europe, or I can pick one or two must-dos and save up. It might take twenty years to get to Pompeii, but damn it it'll be worth it. The saving alone MAKES it worth it: I just can't see how you get to appreciate things properly when they require no effort whatsoever.

So there's this thing I do often, usually in the late evening winding down time after work. I go to YouTube and check out Roadtrip Through The Lens, or a like channel. I've been doing this for years: I started with Freewayjim and branched out to trains, public transit systems, and drives all over the planet. It's the only way I'm ever going to "see" these places, and while it doesn't compare to being there and feeling the fresh mountain air, it does have the substantial advantage of costing zero dollars.

I've further detoxed my Facebook wall by substituting political bullshit for pages which post stunning pictures from everywhere. Surfing Facebook no longer satisfies my inner keyboard gladiator, but that guy's an asshole that doesn't deserve satisfaction, so...

Before Covid -- actually before 2016 --  Eva and I used to talk about going to the U.S. for vacations. I'm holding off on that indefinitely. The people we want to see are mostly in blue states; the places we want to see mostly aren't. The way Florida's going, I'm not sure I'll ever see it again, and that's a shame.

The virus has shrunk my world. But that's not necessarily a bad thing.

Last weekend, Kathy and I went on a little road trip. Nothing at all extravagant: we were only gone a few hours, and our itinerary included the booming metropolises of Otterville, Norwich and Delhi (populations 1257, 11001, and 4172, respectively). Incidentally, I had no idea Norwich was even half that big before I saw it, and I thought Delhi was at least twice as large as it actually is.

Kathy grew up in the area, so I got to see some of her old haunts. One of them yielded one of the better pictures I have ever taken: 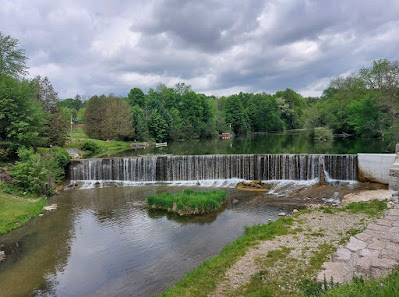 and then we found a park in Delhi that, not gonna lie, I kind of fell in love with. 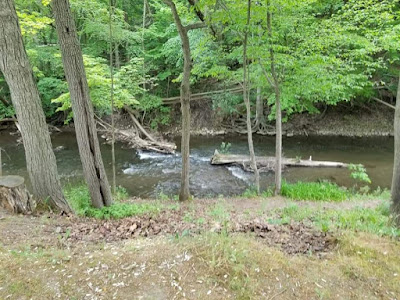 This was taken from a bench inside Delhi's Quance Park. Sitting here, watching the water trickle, I felt totally at peace, and that's a rare feeling for me. A nice feeling. And a feeling it doesn't cost thousands of dollars to feel.
Damn, another dam: 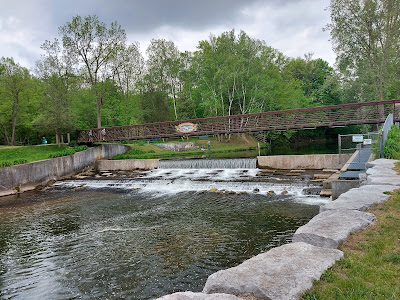 We both seem to make a beeline for running water.
A day in some parks, you say, big whoop...and maybe it wasn't exotic, but it still felt special. There is scenery like this all around you if you just slow down and look at it. 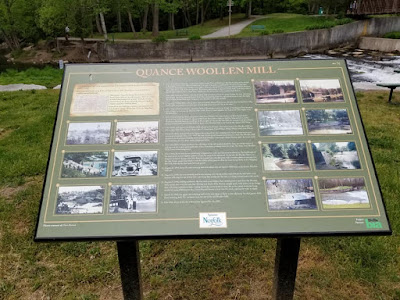 And historical plaques, too

These plaques dot the Ontario landscape, and I make a point of reading them wherever I find them. My dad bought me Ron Brown's Ghost Towns of Ontario way back in the early eighties, and its content mirrors these historical plaques: in 1862, Wm. Chas. Industrialist developed a grist mill and sawmill at this spot on the Convenient River, and the town of Example was born.  It's the kind of text that inspires  high school students to snore in major triads, but wonder of wonders, I find it interesting. I like to imagine what it was like to live in Example as it grew.

Kathy and I have Waterfalls of Ontario, Top 100 Unusual Things to See in Ontario, and soon Backroads of Ontario, the latter two by none other than Ron Brown.

Simple pleasures. They really are the best pleasures.